Jump to Recipe  ↓ Print Recipe  ❒
Share96
Tweet
Pin15
Yum
111 Shares
Turn up the flavor at your next tailgating party with this Mediterranean-inspired pizza dish made with hummus and a simple chickpea crust. 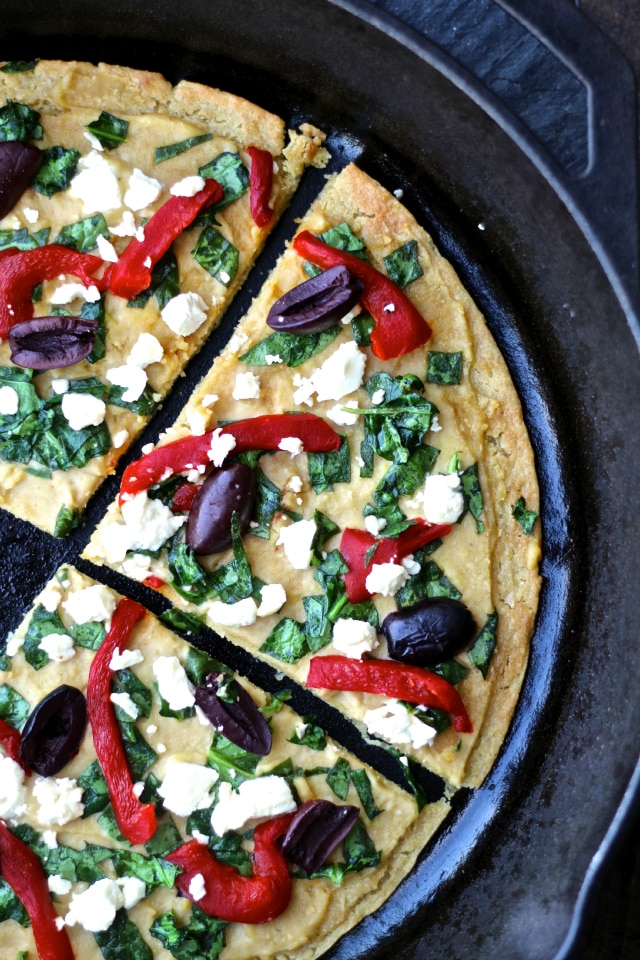 By posting this recipe I am entering a recipe contest sponsored by Sabra Dipping Co. LLC, and am eligible to win prizes associated with the contest. I was not compensated for my time.

Now that football season is underway, Sabra hummus is the perfect ingredient to use in your tailgating recipes.  It’s delicious, versatile and can be used to make your game day grubs more nutritious.  When I heard about the Sabra #TwoSpoons Tailgating Recipe Challenge through The Recipe Redux, I knew I had to enter.  After all, I’ve never been one to turn down a recipe challenge.  Plus, we eat Sabra hummus all the time in my house.  It comes in so many different flavors and pairs well with so many ingredients.  Hummus is made with chickpeas, tahini (sesame paste), oil, garlic and spices.  It’s commonly used as a dip but I also use it in sandwiches, wraps, salads, dressings, chili, you name it!  It’s also really good for you!  It’s filled with protein, fiber, healthy fats, and plenty of important vitamins and minerals like folate and iron.  Just two tablespoons of hummus will fulfill
your bean recommendation for the week! 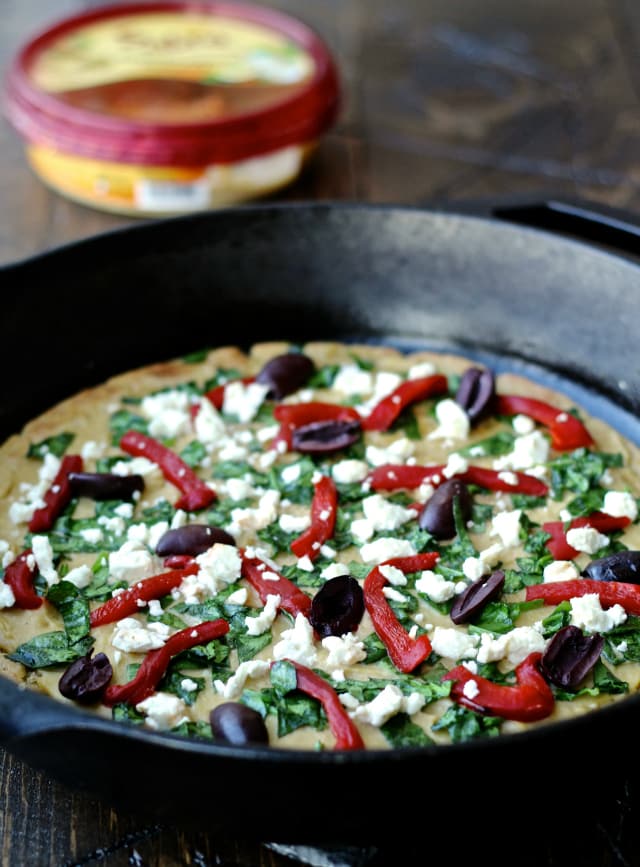 Pizza is a traditional tailgating dish but can often be loaded with calories and fat depending on the amounts of cheese and toppings on it.  So I set out to make a healthier, more nutritious version of pizza using Sabra hummus.  Since hummus is made from chickpeas, I thought a homemade socca would be the perfect crust to highlight the hummus. 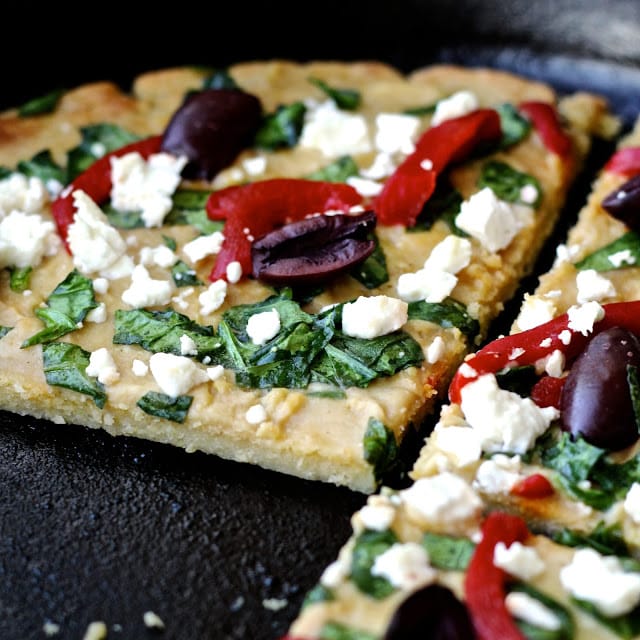 What’s a socca, you ask?  Socca, also called farinata, is a thin chickpea pancake that hails from France.  It’s a simple dish, made by mixing chickpea flour with water, oil and salt.  It’s then cooked in the oven, traditionally in a copper pan, but a cast iron skillet works great.  It’s typically served with a sprinkling of olive oil, salt, pepper and herbs before being cut roughly into pieces.  Socca has a slightly nutty flavor from the chickpeas and the edges get nice and crispy from its time under the broiler.  It's also gluten free. 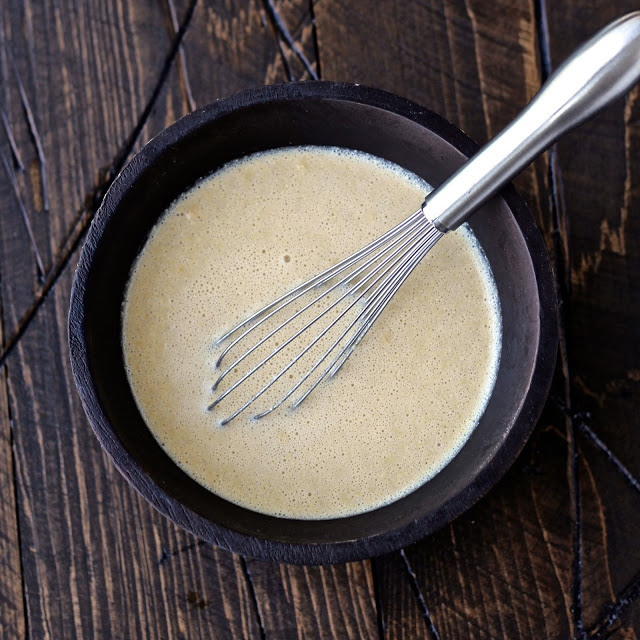 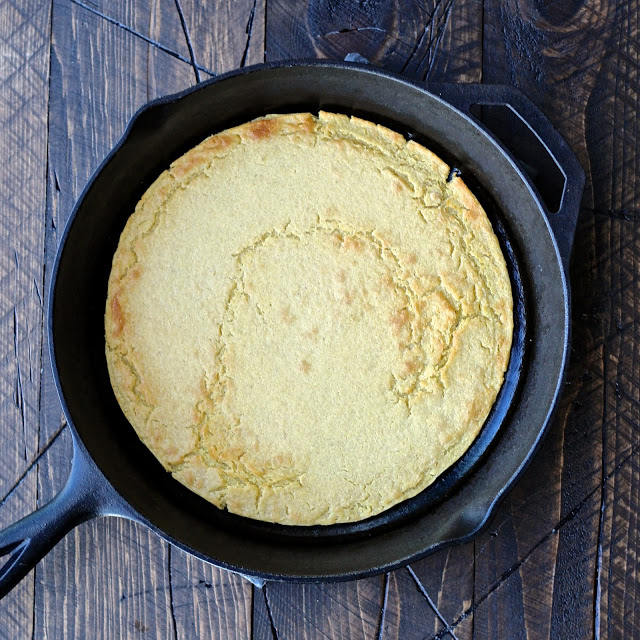 You can find chickpea flour at specialty stores like Whole Foods or international stores.  It might also be called garbanzo bean flour.  If you can’t find chickpea flour, the good news is that you can make it by grinding up dried chickpeas in your blender.  That’s actually what I did because my local grocery store was out of chickpea flour.  It was really easy and took just a few seconds in my Vitamix. 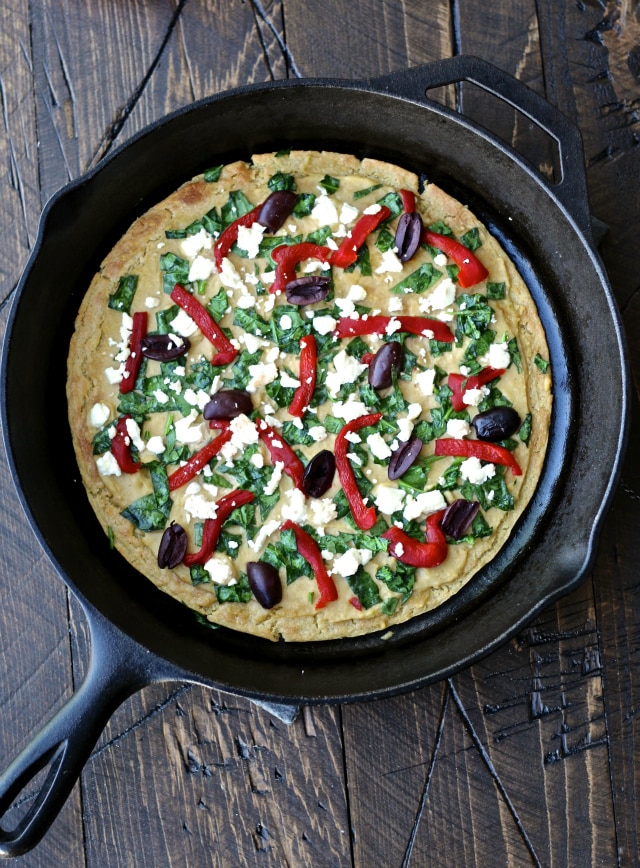 My Mediterranean Socca Pizza is cooked in the oven until golden brown and crispy and then topped with delicious Mediterranean ingredients.  Instead of tomato sauce, I spread a layer of Sabra Roasted Garlic Hummus on the crust and then top it with fresh, flavorful ingredients- baby spinach, roasted red peppers, kalamata olives and feta cheese- yum!  Of course, you can use whatever ingredients you like but this combination was perfect!  Cut it into slices or rough wedges and serve.  It can be made ahead and reheated or served at room temperature.  Pick it up with your hands, no utensils necessary.  It’s the perfect game day dish for feeding a crowd. 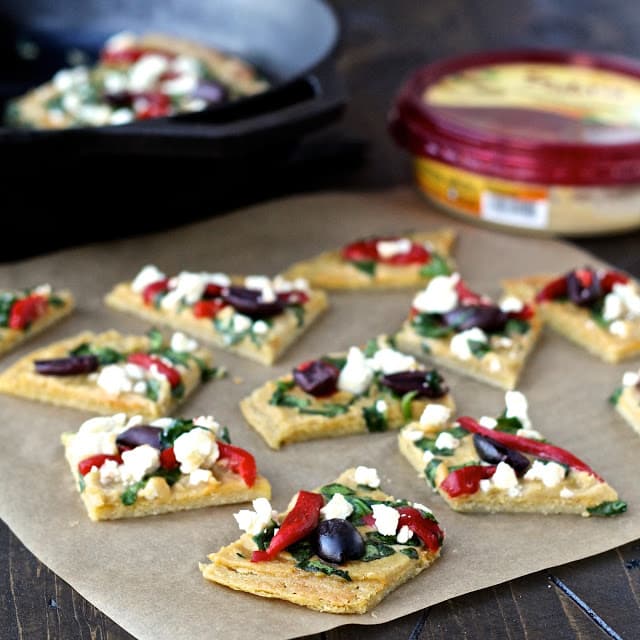 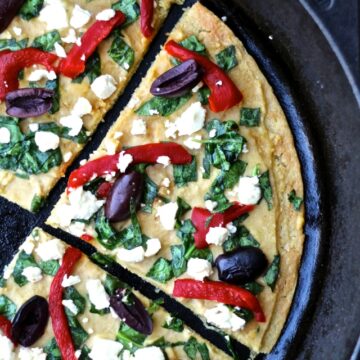 For more information about the health benefits of Sabra hummus, CLICK HERE. 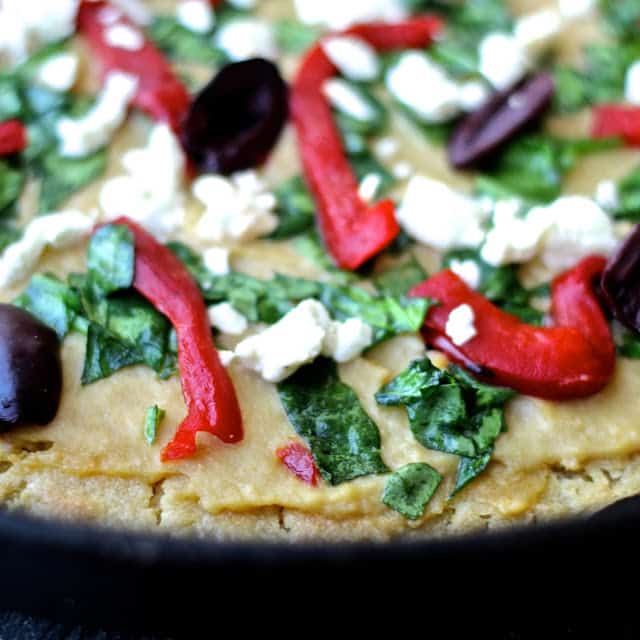 Check out these links to see the delicious tailgating dishes my fellow Recipe Reduxers are making with hummus!