Jump to Recipe  ↓ Print Recipe  ❒
Share21
Tweet
Pin182
Yum
203 Shares
Millet forms the base of these crispy, gluten-free cakes that are packed with nutritious veggies. 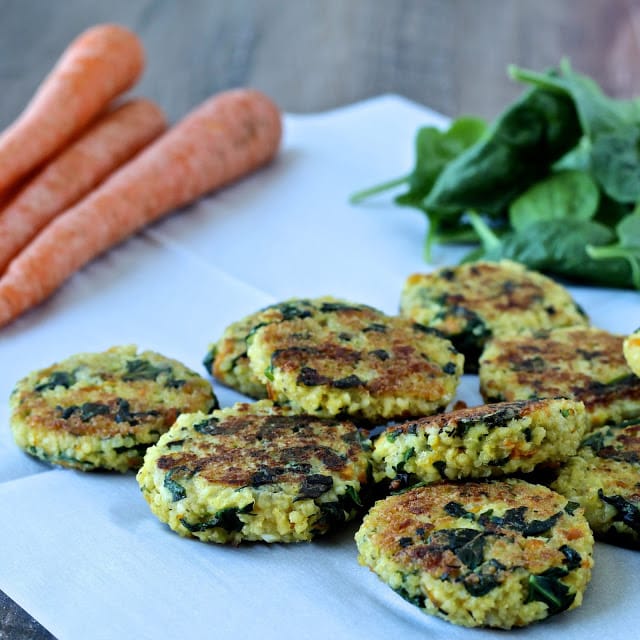 For me, the New Year is all about starting fresh, making healthy choices and trying new things.  And that’s exactly what the Recipe Redux challenged us to do for the first month of 2016- pick a new ingredient that we’ve been wanting to try and cook up a new recipe with it.
I make a lot of recipes with whole grains.  After all, the dietary guidelines recommend that half of all the grains we eat be whole grains.  But most of the time, I end up making either brown rice or quinoa for dinner.  Sometimes I’ll make barley or farro.  I've been wanting to try some new whole grains so this week when I was at the grocery store, I ended up buying a bag of millet.  Although millet is a new grain for me, it’s actually quite ancient.  According to the Whole Grains Council website, “Before rice was widely consumed in Asia, it’s thought that different forms of millet were the staple grain in this region, as long ago as 8300 B.C.E.” 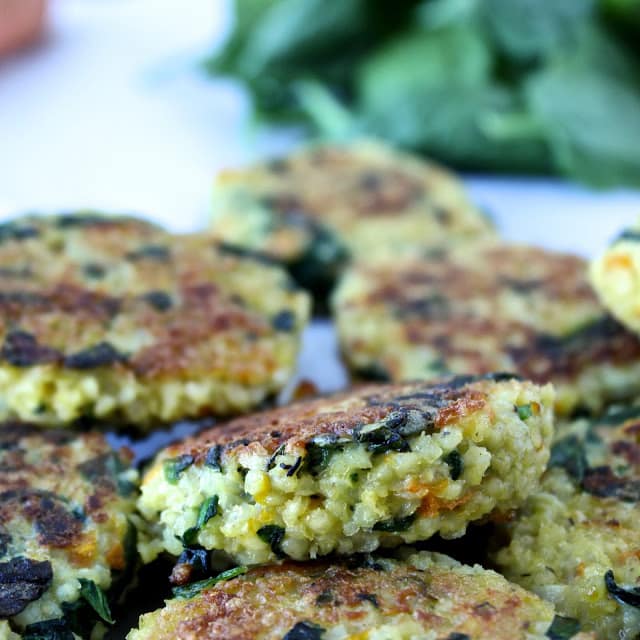 These tiny, gluten-tree grains are prevalent in the diet of many cultures around the world, especially in Asia and Africa.  In the US, it may be most commonly recognized as the primary component of birdseed.  However, millet is becoming more popular at the American dinner table.  It's is a highly nutritious grain that’s rich in antioxidants and is also gluten free.  It’s easily digestible and for this reason, is often one of the earliest cereals recommended when introducing solid food to babies.  It can be cooked to different consistencies and can be used in a wide variety of dishes.  It can be cooked in water or stock to a fluffy consistency similar to quinoa.  If you cook it in more water, it takes on a
porridge-like consistency similar to polenta.  It can be ground into flour and incorporated into breads and other baked dishes.  Millet can even be popped like popcorn, and eaten as a snack. 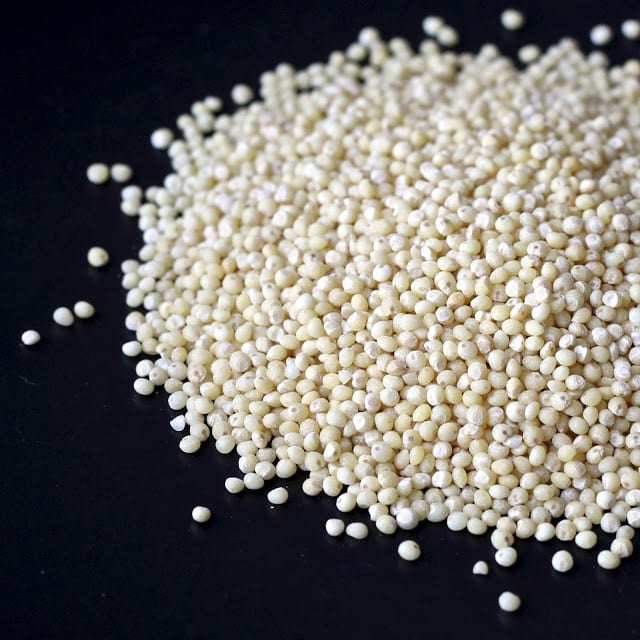 So I challenge you to step out of your culinary comfort zone and try experimenting with a new
ingredient that you’ve never cooked with before.  In the meantime, try these delicious millet cakes.  These crispy, savory fritters are packed with flavor and nutritious ingredients. Serve them at parties as a lovely appetizer or to your family as part of a nutritious, vegetarian meal.  They even make a great finger food for babies and toddlers. 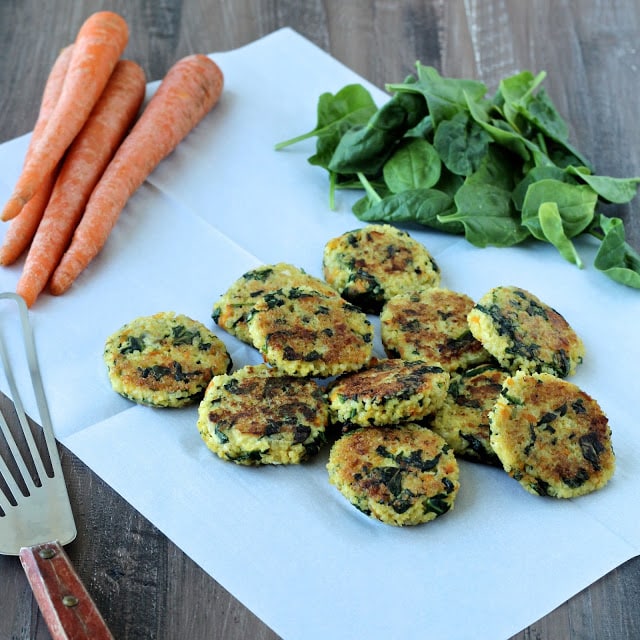 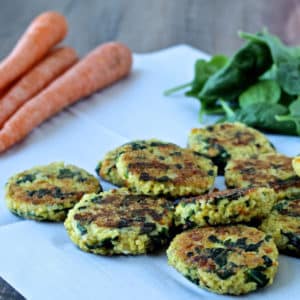 Have you ever cooked millet?  If so, what is your favorite way to prepare it?  What new ingredients do you want to try out this year? 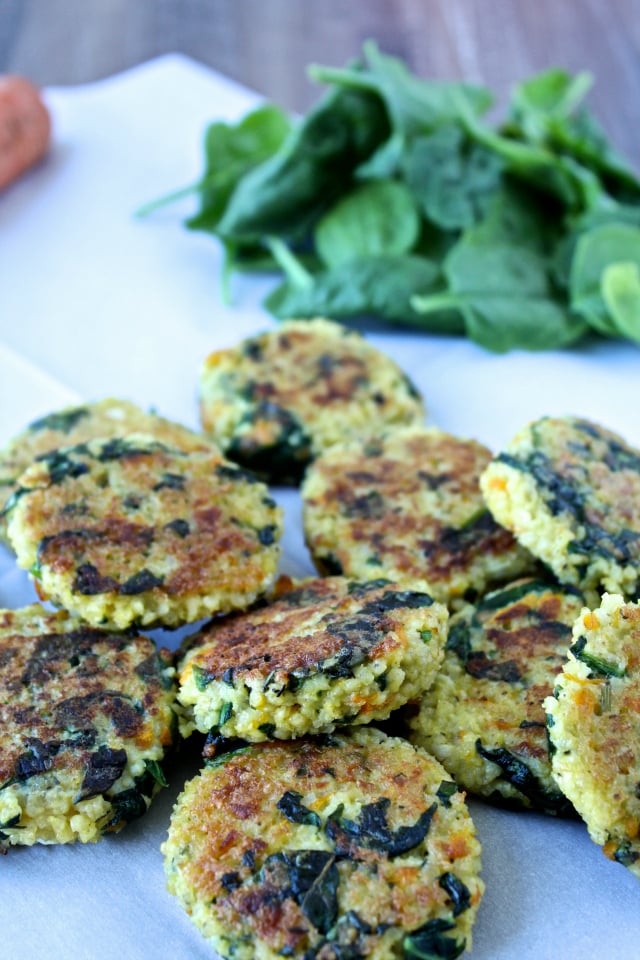 Check out below to see what my fellow Recipe Reduxers are trying out in 2016!

Healthy Recipes For The New Year