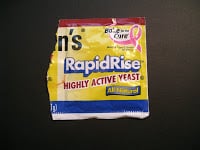 Before I started culinary school, if someone had asked me if there was an ingredient that I felt uncomfortable with or really wanted to learn about, I probably would have said yeast. I've always loved the smell and taste of freshly baked bread but the thought of making homemade bread always intimidated me. But the truth is that once you learn the basic dos and don'ts of using yeast, you can use it to create the most delicious freshly baked goods that will surely impress your friends and family.

Yeast is alive and it is because of the activity of millions of individual yeast cells that we are able to make risen breads. It is technically not a plant nor animal, but a fungus.

Although leavened bread has been around for centuries, it wasn't until the nineteenth century that Louis Pasteur identified yeast as the cause of fermentation- the process central to not only bread-making, but also brewing and wine-making. 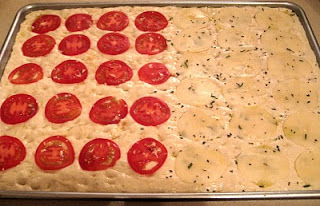 In the fermentation process, yeast feeds on sugar and converts it to carbon dioxide, also producing smaller amounts of other substances like alcohols, ketones, and aldehydes.

The carbon dioxide bubbles are caught in the gluten network, the protein mesh which is formed when flour and water are mixed together. This causes dough to rise as it rests on the counter (a process called proofing) as well as in the heat of the oven.

The chemicals also contribute to the complex flavor of yeasted breads. 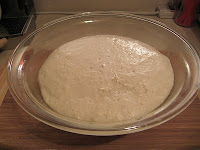 Fresh yeast is the most traditional form used by bakers and produces the greatest leavening effect. It has a shorter shelf life than dry yeast and requires no hydration time (it dissolves instantly in water).

Active dry yeast, the variety more commonly found in grocery stores, must be hydrated in warm water, ideally 110 degrees, for 5-10 minutes (this is called lag time).

The temperature of the water is important because if the water is too hot or too cold, the yeast will die (yeast is killed instantly at 140 degrees). It should be warm to the touch.

Be careful if a recipe calls for one type of yeast and you want to use the other. The basic conversion is: ⅔ oz. fresh yeast is equivalent to ¼ oz. dry yeast. 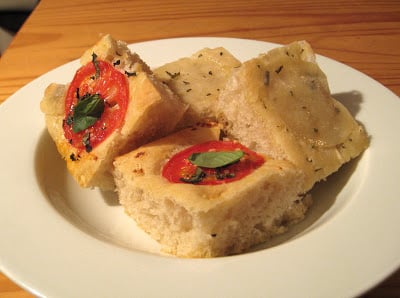 The recipe below is for focaccia- an oven-baked Italian bread that can be topped with a wide variety of ingredients. It is a popular snack food in Italy and can also be used as a side dish, as a base for pizza, or as a bread for sandwiches.

Traditional focaccia just has olive oil, fresh herbs like rosemary, and coarse salt sprinkled on top. But the toppings you can use are limited only by your imagination- try it with sliced vegetables, cheese, caramelized onions or anything else you can think of.

The easiest way to make focaccia dough is in a stand mixer, but if you are sans mixer like myself, you can use a hand mixer on the lowest speed setting.