Your guests will rave about these Cheesy Sweet Potato Coins!  Nutrient-packed sweet potatoes are sliced into coins, roasted in the oven and topped with melted cheddar cheese and chipotle crema.  They’re the perfect, healthy finger food for entertaining. 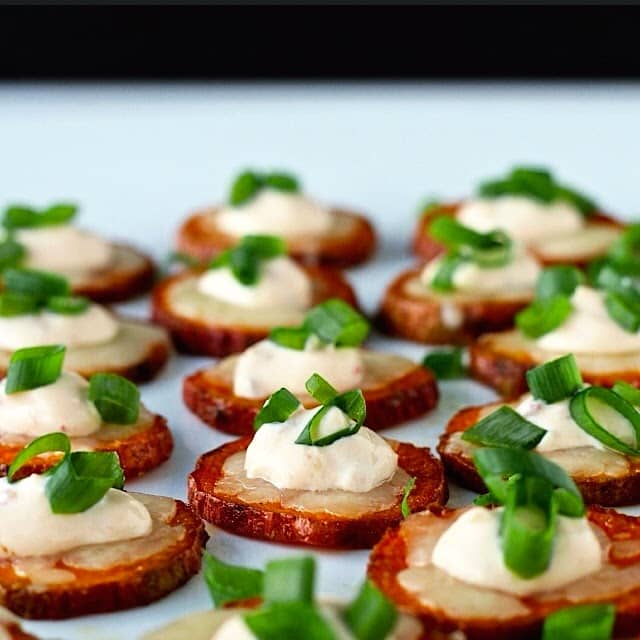 With the Super Bowl and the Academy Awards both approaching, I decided to create a healthy appetizer that’s perfect for entertaining.  These adorable bites definitely fit the bill!  I wanted to make a lighter and easier version of one of my favorite party appetizers- potato skins.  My Cheesy Sweet Potato Coins with Chipotle Crema have all the flavor of potato skins with none of the fuss.  Plus they’re packed with nutrients that are beneficial for your health.  This recipe actually won a recipe contest sponsored by Cabot Creamery!

Traditional potato skins are classic game day eats.  Unfortunately, they’re usually loaded with calories, fat and sodium.  You make potato skins by first baking Russet potatoes and scooping out the filling.  Next, you bake the potato shells again to crisp them up.  To finish them off, you stuff them with all sorts of goodies like sour cream, cheese and bacon.  That’s a lot of work!  Plus, it’s easy to get carried away with all those yummy toppings!
To make my dish healthier, I use sweet potatoes in my Cheesy Sweet Potato Coins instead of traditional spuds. Sweet potatoes contain an impressive array of nutrients including Vitamin A, Vitamin C, Vitamin B6, manganese, potassium and fiber. 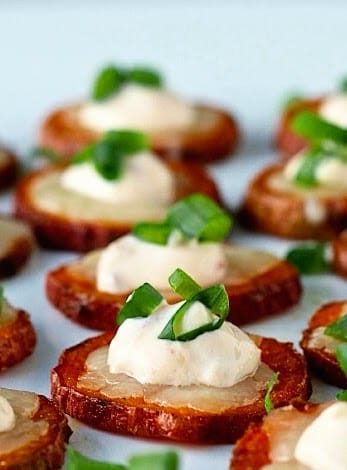 How to Make Sweet Potato Coins

First, I slice the sweet potatoes into thin coins using a mandoline slicer, which gets them perfectly even (if you don't have one, you can use a knife). Next, I toss them with olive oil and spices.  Look for long, narrow potatoes, as they’ll make smaller coins that your guests can eat in one bite.  Then, I roast the coins in the oven on a baking sheet and because they're so thin, they cook a lot faster than baking a whole potato! 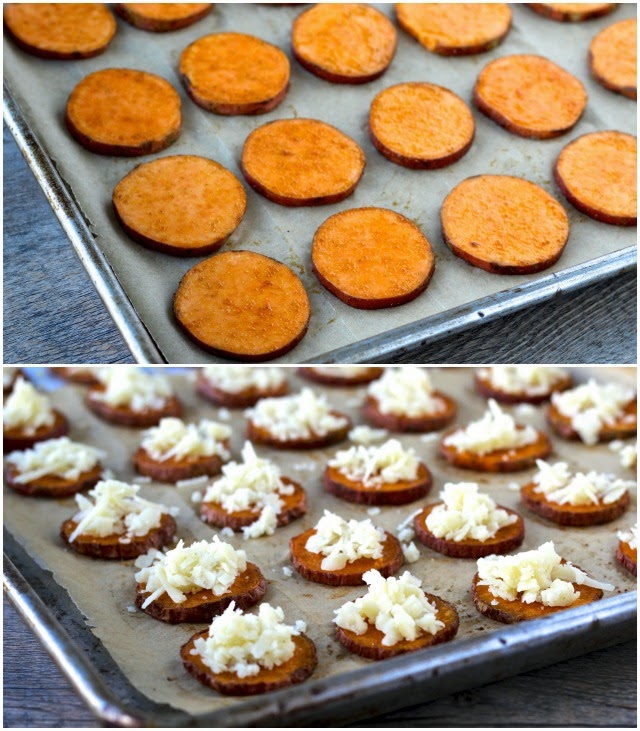 Next, I top the potato coins off with grated cheddar cheese.  The cheese adds a punch of flavor as well as a boost of protein and calcium.  Finally, I put the coins back in the oven for a few minutes…just long enough to make the cheese super ooey gooey!  A dollop of chipotle infused crema, made with Greek-style yogurt, and a garnish of sliced scallions add the perfect finishing touches. 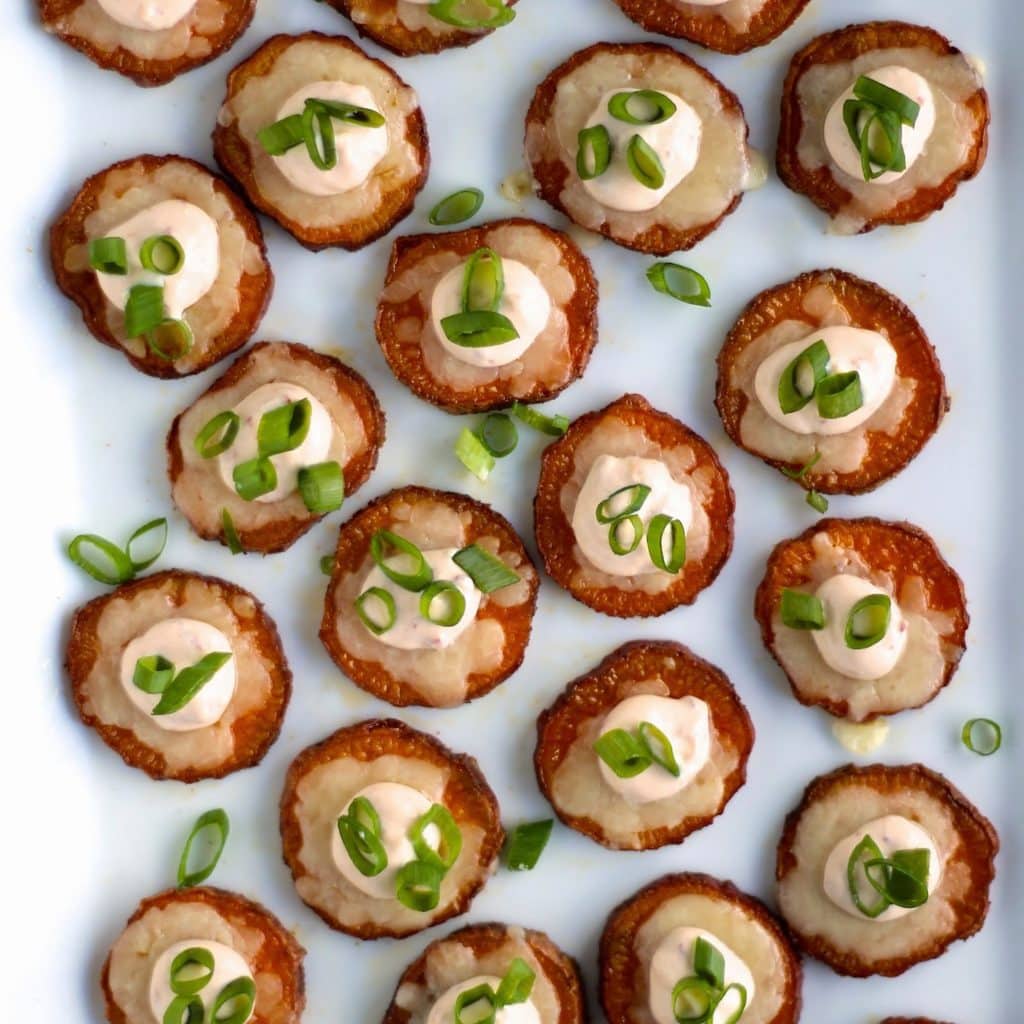 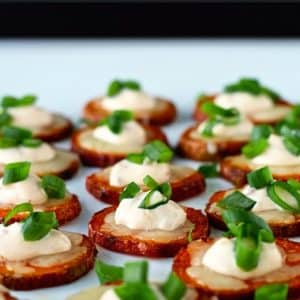