This Beet Panzanella, a delicious twist on the classic Italian bread salad, uses pickled beets instead of tomatoes. 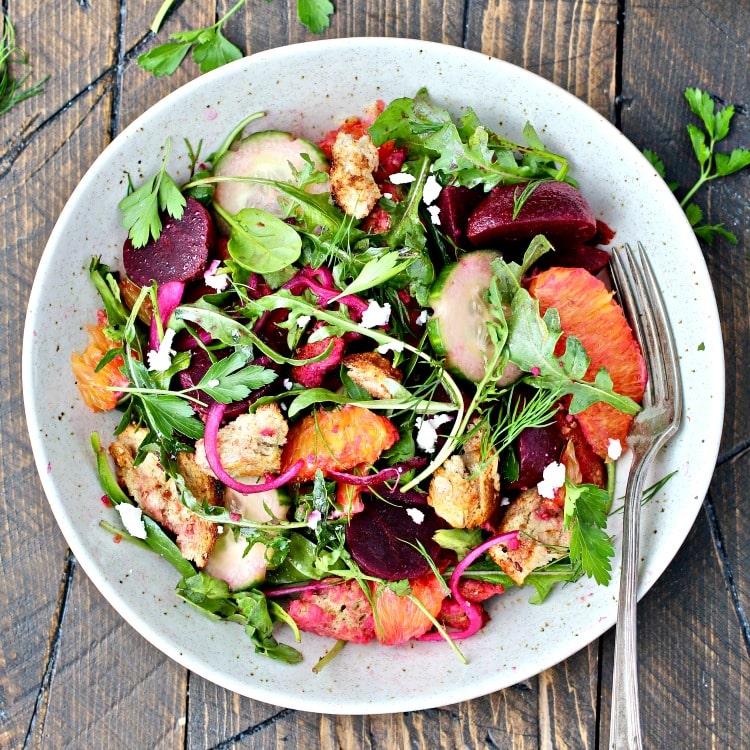 Thank you to Aunt Nellie’s for sponsoring this post. As always, all opinions expressed are my own!

I just love a good Panzanella. If you’re never had it, Panzanella is a classic Italian bread salad. It’s a simple, rustic dish that just screams warm weather because it’s typically made with sweet, ripe summer tomatoes. It’s almost too simple. You just toss day-old bread, juicy tomatoes and whatever crunchy vegetables you have on hand together with a simple vinaigrette. As it sits, the flavors meld and the juices seep into the bread, creating cubes that are crunchy on the outside and soft and chewy on the inside. It’s heartier than a typical veggie-only salad and is a perfect light, family-friendly meal.

My Beet Panzanella is a twist on the classic dish and uses pickled beets instead of tomatoes. I didn’t grow up eating beets but I’ve come to love them as an adult. I even have a beet in The Foodie Physician logo! And using jarred beets like Aunt Nellie’s saves you time because all of the peeling, cooking and pickling is done for you (no pink hands!).

Not only are beets antioxidant-rich, they also provide vitamins, minerals, and fiber. Plus, they're extremely versatile and can be used in a wide variety of dishes. 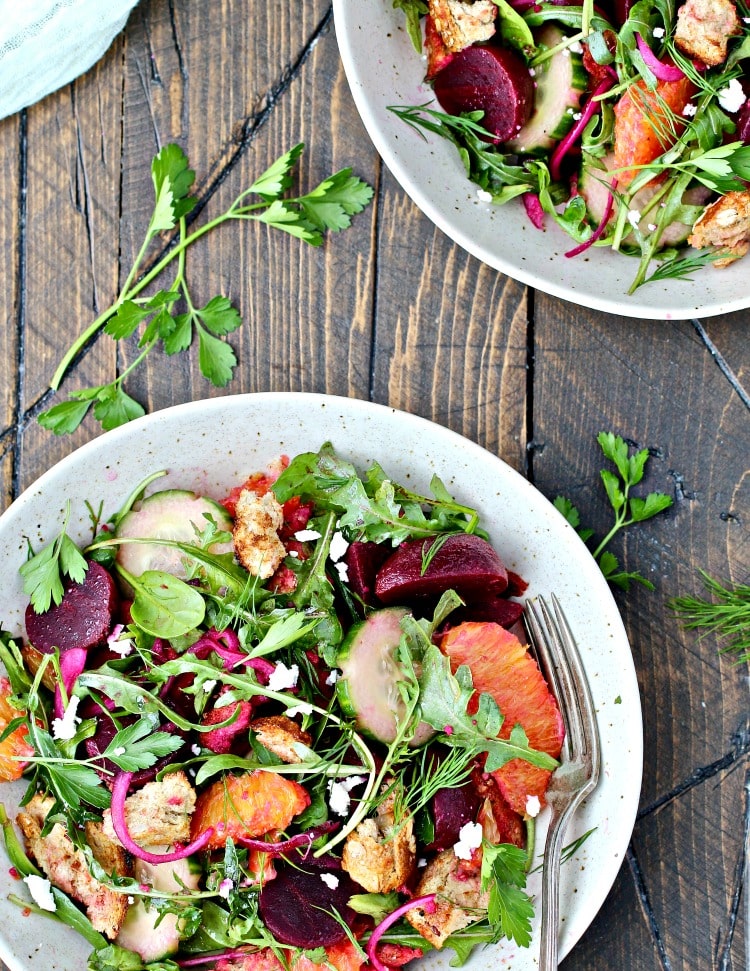 For my Beet Panzanella, I pair Aunt Nellie’s beets with fresh orange segments and crunchy cucumbers. For an extra pop of flavor, I also add some red onions that I pickle in the vinegar from the jar.

In order to avoid soggy bread in your panzanella, you definitely want to toast it well. I like to use hearty whole grain bread that I tear into pieces but if you’re a perfectionist, feel free to cut the bread into cubes! The drier the bread, the better so if you can leave the loaf out the night before, go for it!

To make the salad dressing, I use the pickling liquid from the Aunt Nellie’s jar. Not only is it packed with flavor, it also gives the dressing a lovely pink color. It will turn the salad ingredients a light pink as well so if you don’t want that, you can use white vinegar instead. 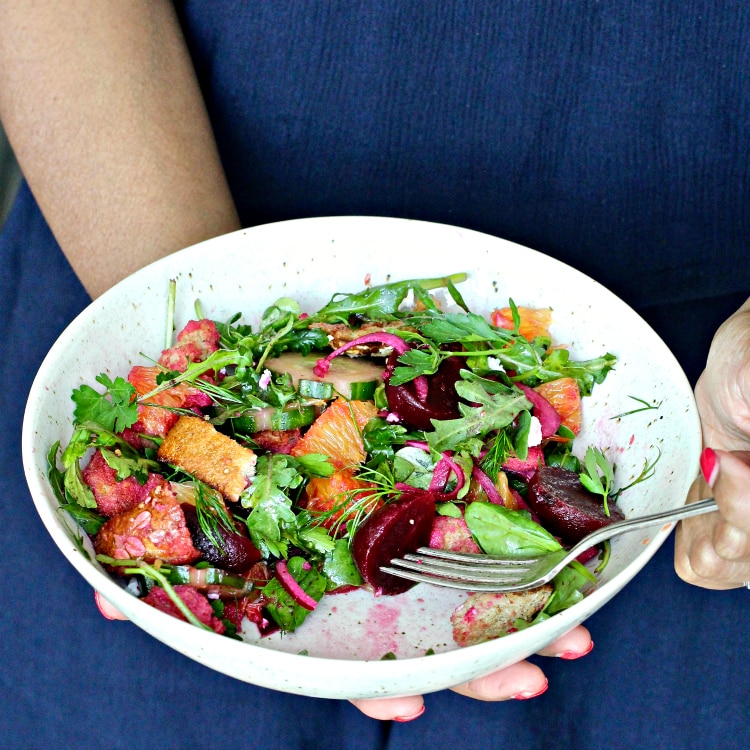 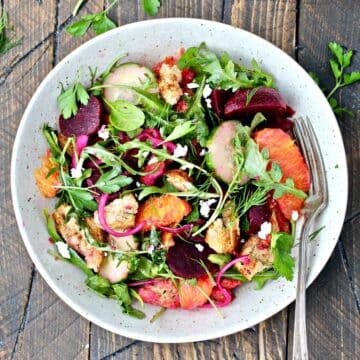 Because I use the pickling liquid from the beets to make the salad dressing, the dressing has a deep pink color that will turn the salad ingredients a pretty pink when you toss everything together. If you don’t like this, you can use 1 tablespoon white wine vinegar sweetened with a pinch if sugar or honey instead of the pickling liquid.