Whether you’re heading out to a game or hosting friends at home, the crowd will go crazy for these vegetarian Beyond Meat Jalapeño Poppers! 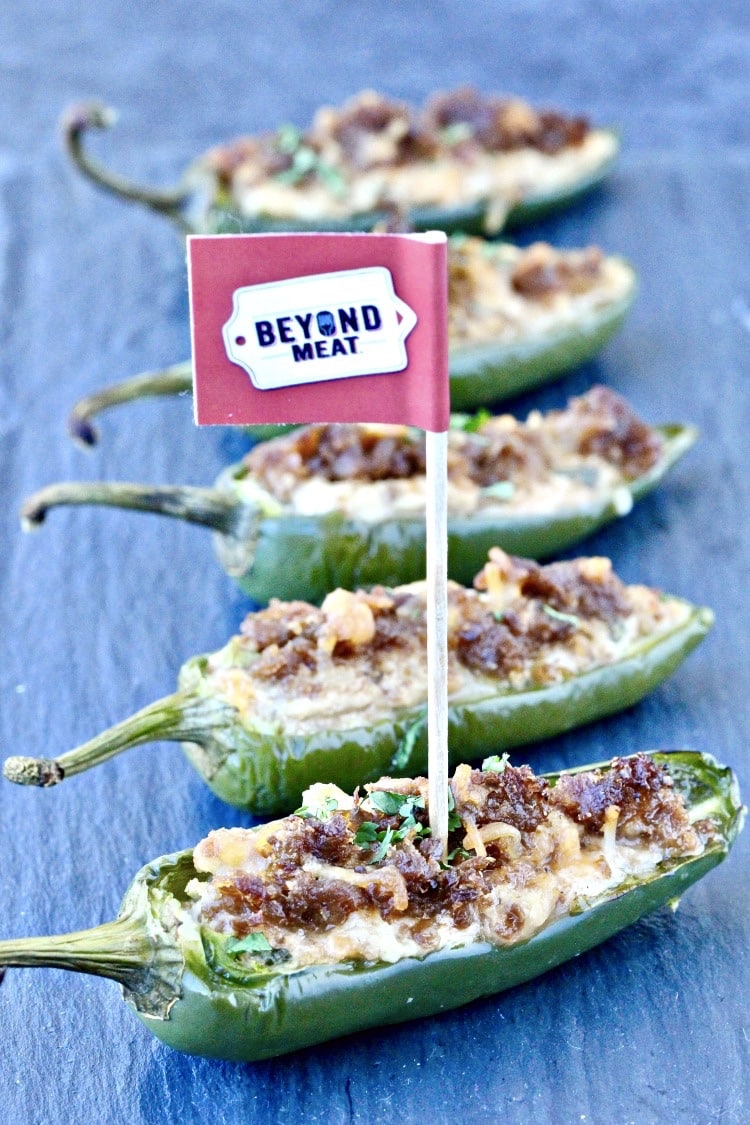 Thank you to Beyond Meat for sponsoring this post. As always, all opinions expressed are 100% my own.

Now that we’re in the heart of fall, it’s officially tailgating season! And what’s my favorite part of tailgating season? The food, of course! I have to admit that I usually spend more time eyeing the spread than the actual football game. What’s not to love about an assortment of fun, comforting, hearty crowd-pleasing dishes? 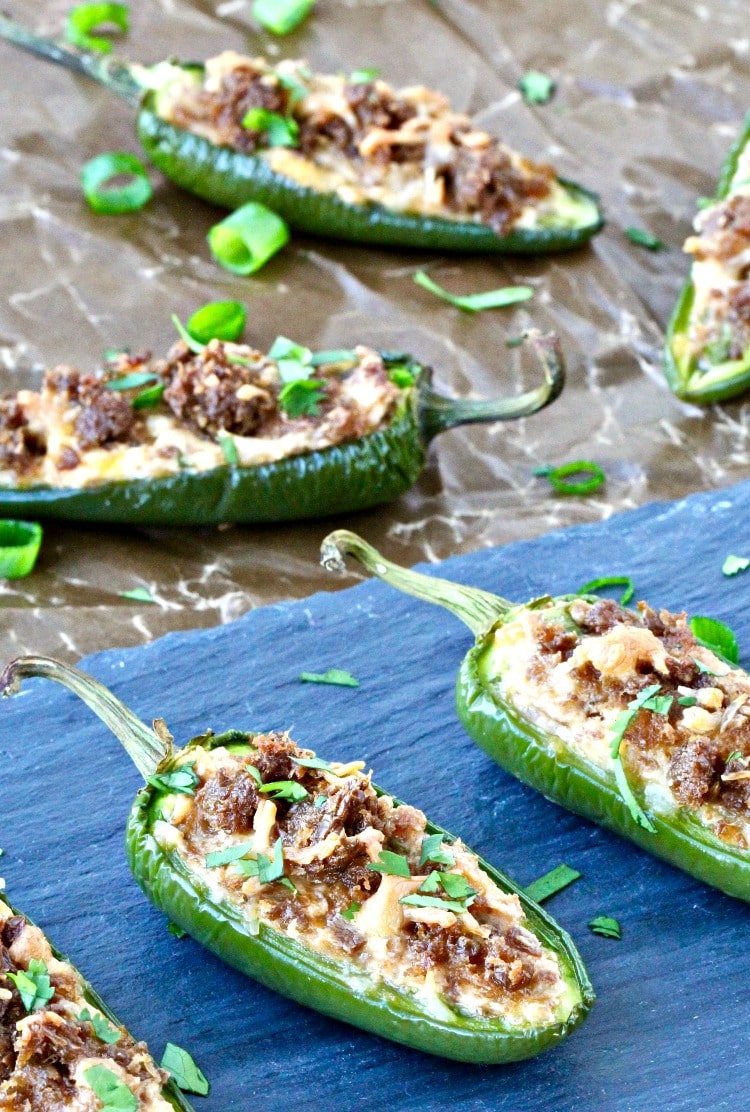 Most people probably associate tailgating with dishes like chili, wings, and pizza. But one of my favorite classic tailgating recipes is jalapeño poppers. If you’ve never had them before, jalapeño poppers are jalapeño peppers that have been hollowed out and stuffed with cheese, spices, and sometimes meat. There are a lot of variations of the dish but most of them are usually breaded and deep-fried or wrapped in bacon, making for a very rich dish. My parents used to buy them frozen from the grocery store and heat them up at parties. They were always a hit. A bit of spice from the jalapeños and a lot of ooey, gooey cheese in the center- what’s not to love?

I decided to make a healthier, vegetarian version of jalapeño poppers. My Beyond Meat Jalapeño Poppers have all the flavor of the traditional dish but are a whole lot healthier. Instead of breading and deep-frying the poppers, I skip the breading and bake mine in the oven, slashing calories and fat. And for the filling, I use just enough reduced fat cream cheese and shredded cheese to get a nice creamy consistency (you can use regular or vegan cheese). I boost the flavor of the filling with scallions and spices like cumin and garlic powder. And finally, to bulk up the filling and add a boost of plant-based protein, I use one of my favorite new products- the Beyond Burger by Beyond Meat.

#AD Whether you're tailgating or hosting at home, my @BeyondMeat Jalapeño Poppers will wow the crowd! #beyondburgerClick To Tweet 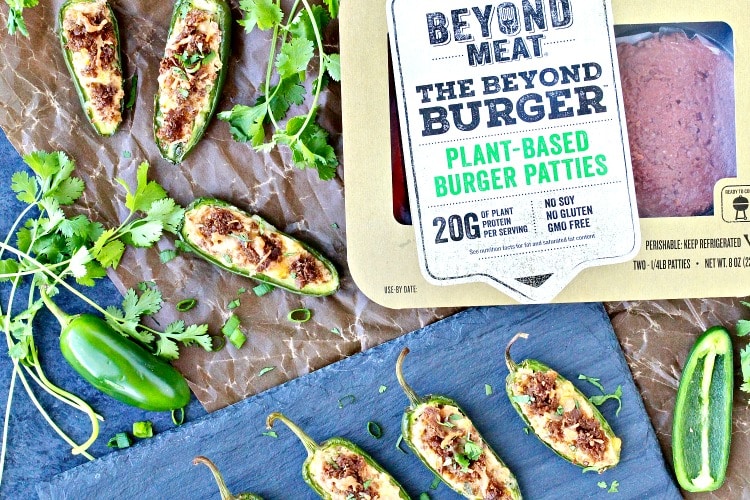 The Beyond Burger is a plant-based burger that looks and cooks just like beef but with the health and environmental benefits of plant-based protein. It has a whopping 20 grams of plant protein per burger and has less fat, saturated fat and cholesterol than a similar sized beef burger and more iron. Plus, the Beyond Burger is GMO-free, contains no soy or gluten and is 100% vegan. It’s the first plant-based burger that’s so similar to meat that it’s actually sold in the meat case at grocery stores like Whole Foods, Safeway, Kroger and Wegmans. 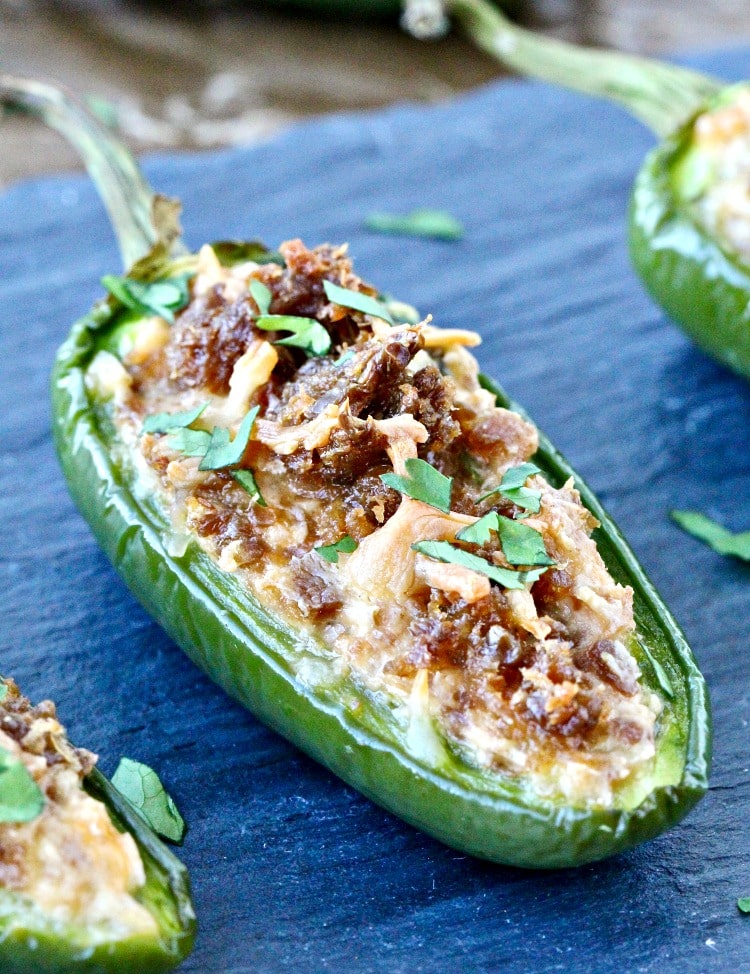 Although I enjoy the Beyond Burger the traditional way on a bun with all the fixings, it’s also a really versatile product and can be used in a wide variety of dishes like these jalapeño poppers. For my poppers, first I brown the burgers in a skillet, breaking them up with a spatula as they cook. 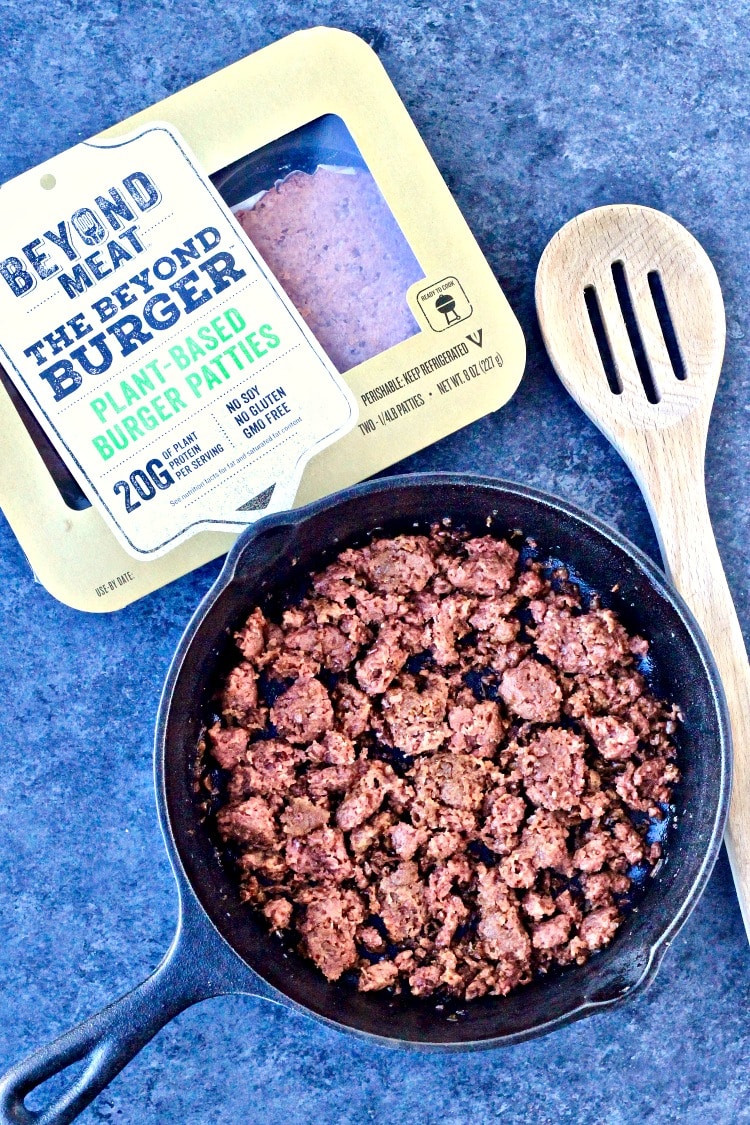 Once cool, I stir the crumbled burger into the cheesy filling mixture. Then I spoon the mixture into my jalapeño halves that I’ve hollowed out.

Once the peppers are all lined up on a sheet pan, I top them with some more Beyond Burger crumbles and a sprinkling of shredded cheese. 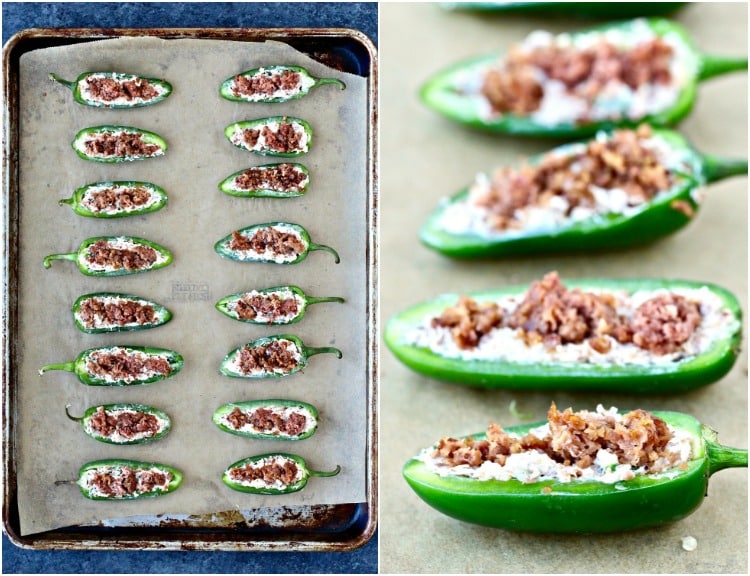 Then it’s just a quick trip to the oven and in just about 20 minutes, you’ll be in jalapeño popper heaven! Crispy and spicy on the outside with a creamy, savory, “meaty” filling, it will be hard to stop yourself from gobbling up a whole bunch of these poppers. Whether you’re heading out to a game or hosting friends at home, these delectable poppers are sure to get the crowd fired up for the big event!

Check out the Beyond Burger on Beyond Meat’s website HERE. 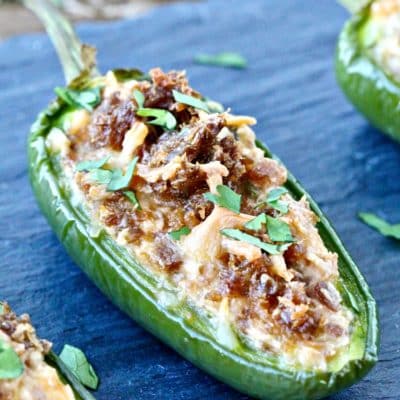