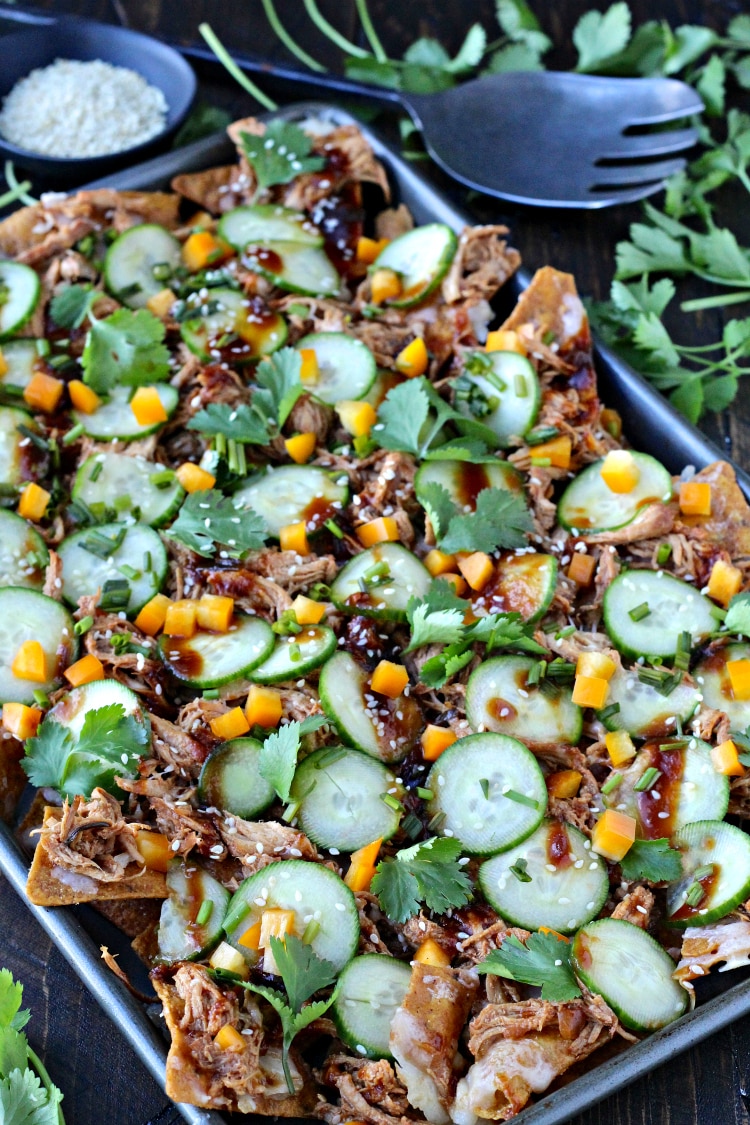 I received a free sample of Kikkoman soy sauce mentioned in this post. By posting this recipe I am entering a recipe contest sponsored by Kikkoman and am eligible to win prizes associated with the contest. I was not compensated for my time.

Back when I was in culinary school, one of the first posts that I ever wrote on The Foodie Physician was about umami. If you haven’t heard the term, umami is often referred to as the fifth taste- the other four tastes being sweet, salty, sour, and bitter. Umami is described as a pleasant, savory, rich flavor. It helps enhance the flavor of a wide variety of foods and rounds out the overall flavor of a dish. It’s found in foods like certain meats, seafood, mushrooms, tomatoes, cheese, truffles, and one of my favorite go-to ingredients: soy sauce. 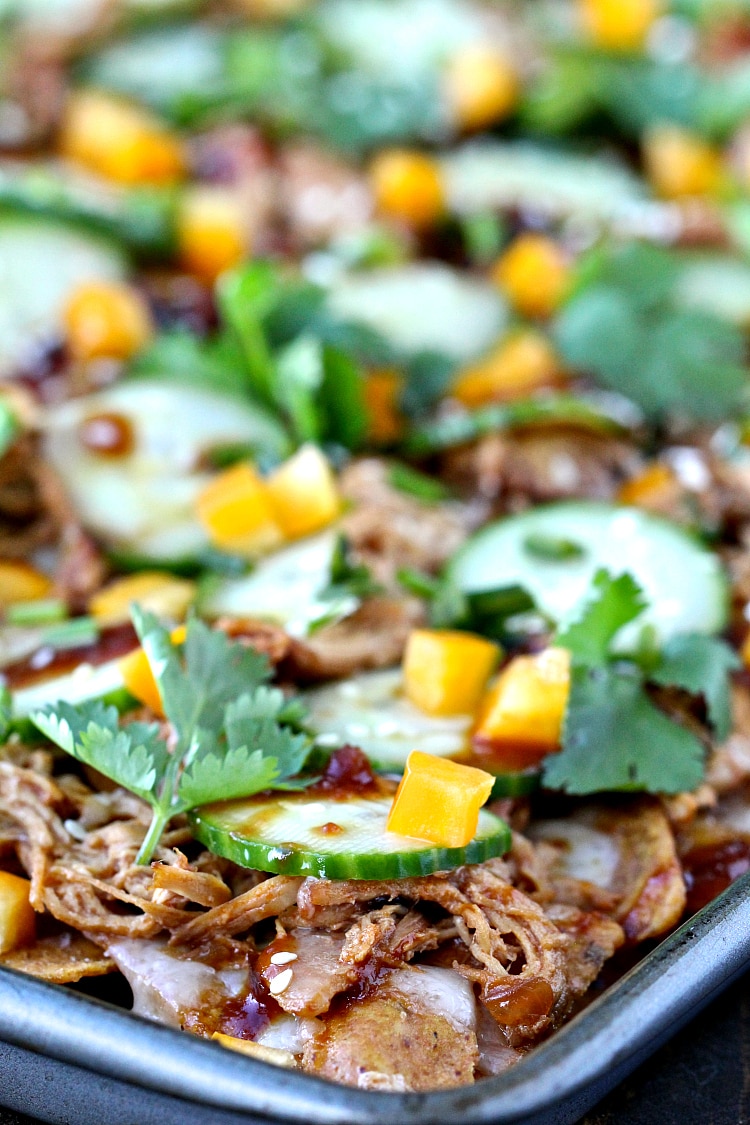 So when I found out that the Recipe Redux was hosting a recipe contest sponsored by Kikkoman, I knew I had to enter! Soy sauce is one of my favorite secret ingredients to stir into dishes to add depth of flavor. And although people may often associate soy sauce with being high in sodium, culinary research shows that using soy sauce may actually decrease the amount of sodium in a recipe. Why is that? It’s because soy sauce has umami, which helps give an extra satisfying taste to foods. In fact, a study published in the Journal of Food Science revealed that swapping soy sauce for salt in a recipe reduces the sodium by up to 50% without decreasing consumer acceptance.

So I decided to do a little experiment of my own by taking a classically sodium-rich dish and swapping in soy sauce to see how it would turn out. By using ½ teaspoon Kikkoman Soy Sauce in place of ½ teaspoon table salt, the sodium content of the recipe is cut by 1000 mg. The dish I chose? Loaded nachos! It is football season after all, and nachos are always a guaranteed crowd-pleaser. Especially when they’re loaded with rich shredded meat, gooey cheese and all the works! 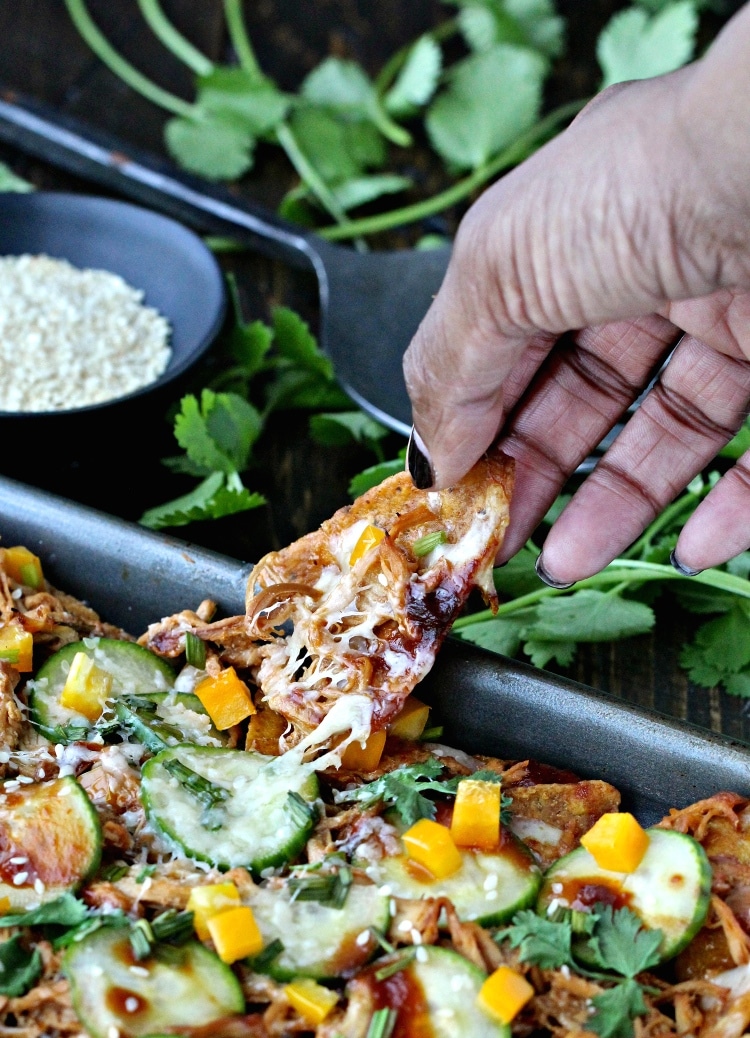 So I decided to dust off my slow cooker. Throw a bunch of ingredients into the bowl, hit a button and a few hours later, dinner is ready- it doesn’t get much easier than that! Instead of the more traditional pulled pork, I actually decided to make pulled chicken to top my nachos. By using boneless, skinless chicken breast instead of pork shoulder, I lightened up the dish significantly, cutting some serious calories and fat.

And instead of using ketchup or jarred barbecue sauce (which are typically high in sodium as well as sugar) or adding any salt, I made my own sauce and substituted soy sauce. For the base of my sauce, I used a combination of tomato sauce and tomato paste, to which I added Kikkoman Less Sodium Soy Sauce and Asian flavorings like fresh ginger and garlic. In addition to soy sauce, Kikkoman also offers a variety of other less sodium products including 50% Less Sodium Gluten-Free Tamari Soy Sauce, Less Sodium Teriyaki Marinade & Sauce, and 50% Less Sodium Gluten-Free Teriyaki Marinade & Sauce. 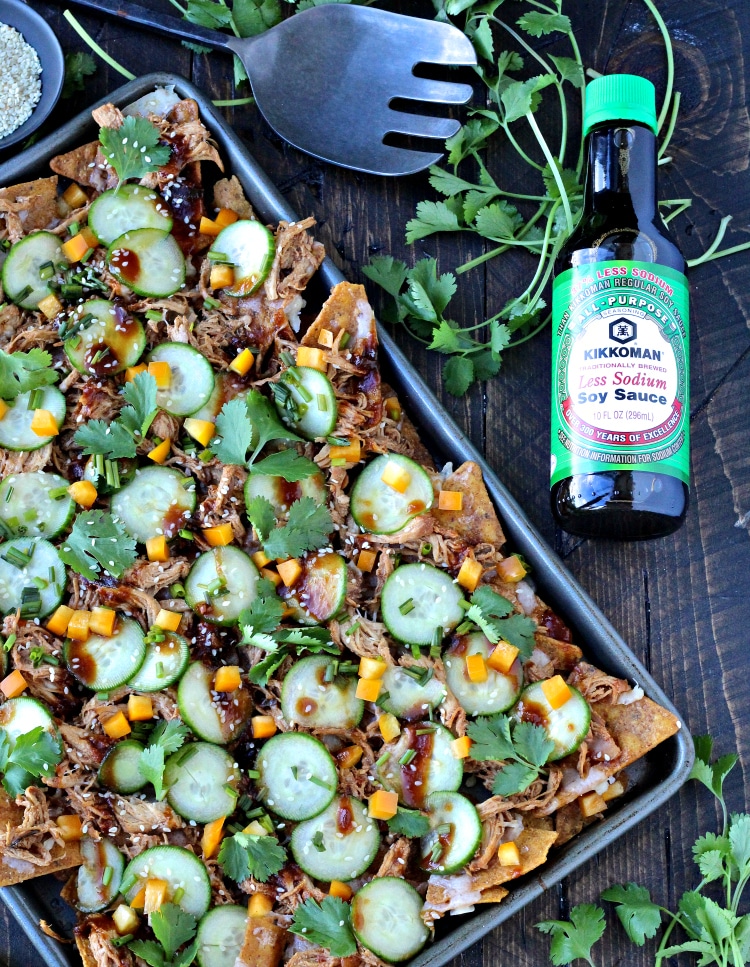 When the slow cooker was done doing its work, I shredded the chicken and added it back to the sauce. What was the end result? Meltingly tender chicken coated in rich, savory sauce with a serious flavor punch! Now you could always just stop right there and enjoy the chicken on a bed of rice or on a roll. In fact the recipe actually makes more than enough chicken for the nachos so you’ll have plenty of leftover chicken for pulled chicken sandwiches the next day. 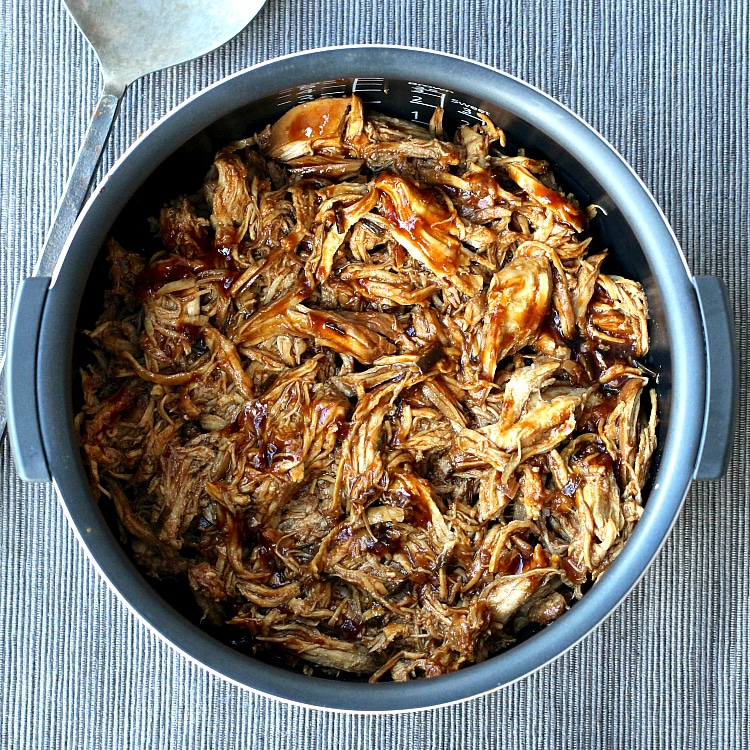 But my final goal was nachos. So to assemble my loaded nachos, I first spread a bag of tortilla chips on a baking sheet. Tortilla chips come in a wide range, many of which are very high in sodium, so I chose a lower sodium chip made with sweet potato and corn. Then I topped the chips with my delicious pulled chicken and shredded Monterey Jack cheese, which has less sodium than a lot of other cheeses typically used in nachos, like cheddar.

After a quick trip under the broiler to melt the cheese, I piled on the rest of the toppings including my tangy pickled cucumbers, crunchy, diced yellow pepper, scallions, sesame seeds and cilantro. Talk about an explosion of flavor, color, and texture! Who wouldn’t want to eat that? Even my toughest critic, my three-year-old daughter, devoured this dish. I would say the result of my “sodium saving, flavor raising” experiment was a resounding success! 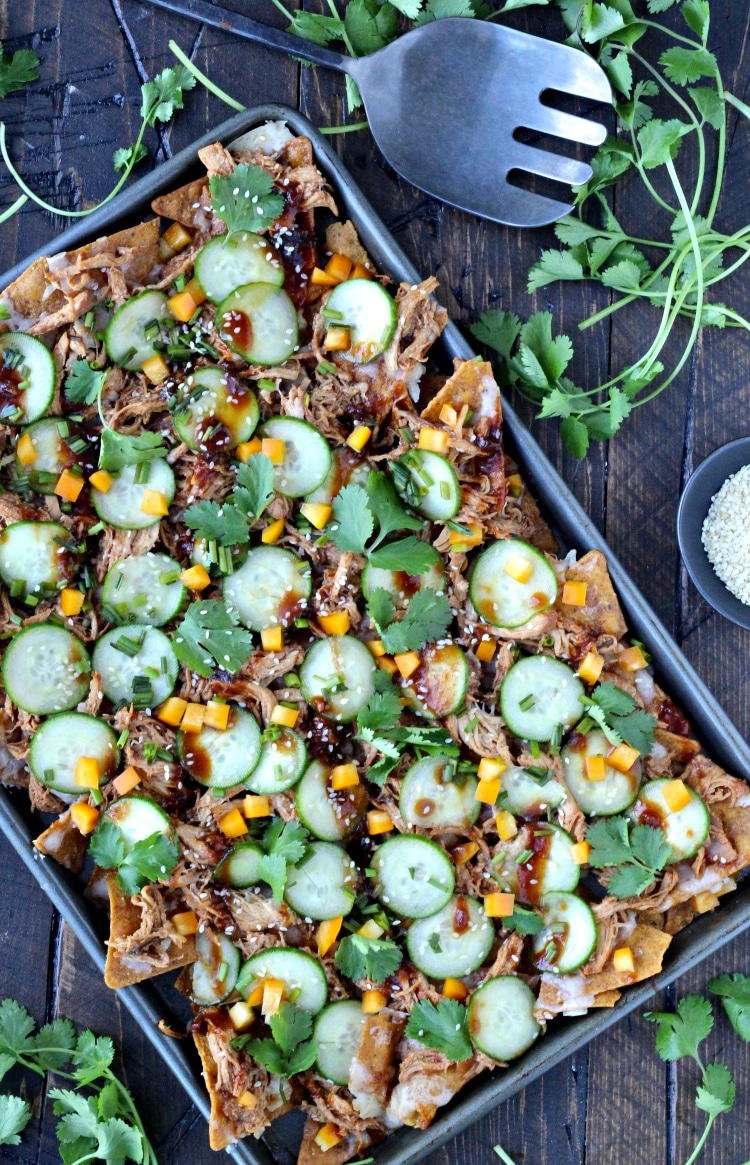 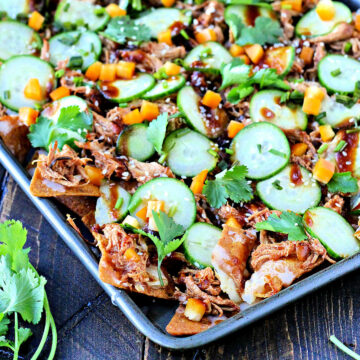 *This recipe makes extra chicken and sauce (if you’re turning on the slow cooker, you might as well make a large batch)! The nutritional information just includes the amount of the ingredients used for the nachos.