Jump to Recipe  ↓ Print Recipe  ❒
Share51
Tweet
Pin72
Yum511
634 Shares
These Chinese Soup Dumplings are pure bliss!  As you bite into one, you get a mouthful of the savory filling and hot soup.  It's an explosion of flavors and textures! 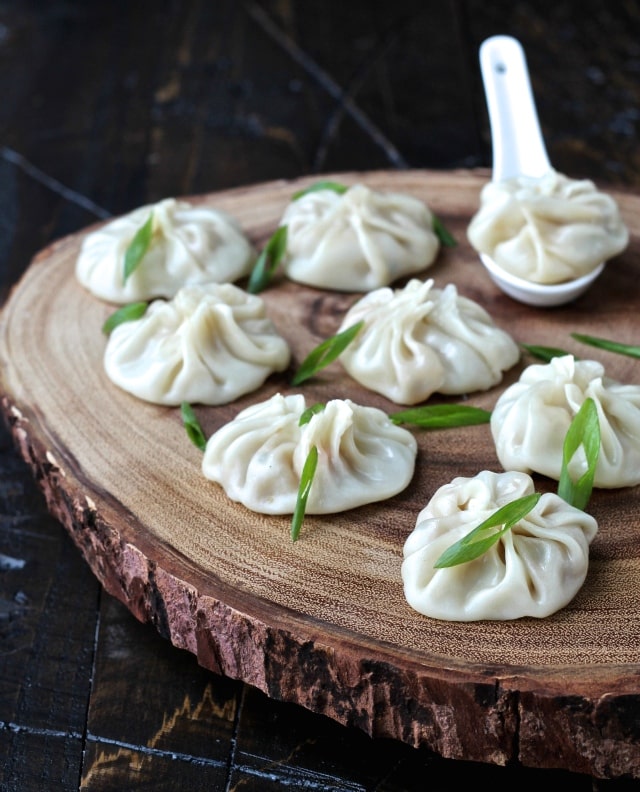 If you’ve never had Chinese soup dumplings, you must try them- you won’t regret it!  They're similar to traditional dumplings but are taken to a whole new level.  To make soup dumplings, cubes of gelatinized meat broth are incorporated into the dumpling filling.  As the dumplings steam, the broth melts.  So when you bite into one, you get a bite of the savory filling as well as a mouthful of hot soup.  It's an explosion of flavors and textures.  Pure bliss in one bite! 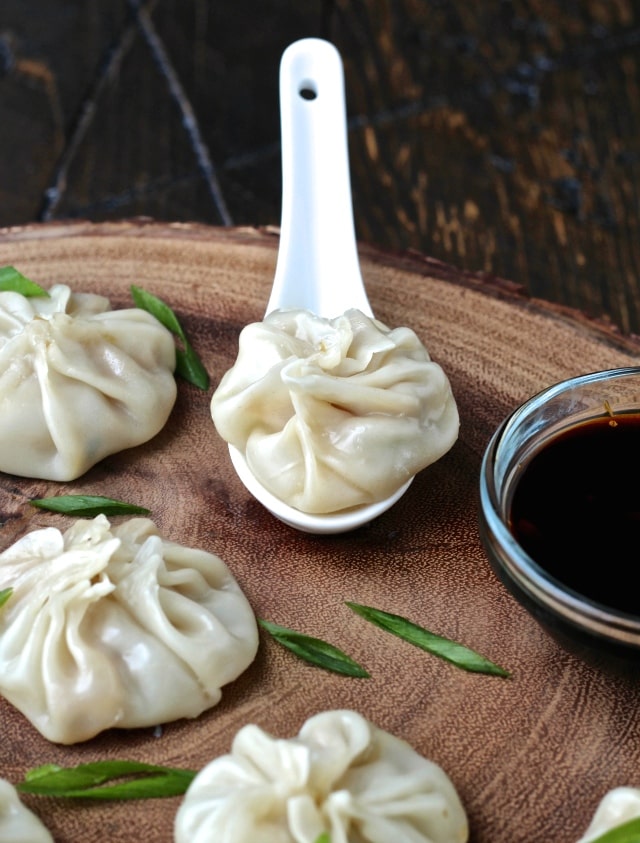 When we lived in New York City, we used to frequent Chinatown and enjoy soup dumplings often.
They’re a dim sum staple.  I admit that we were spoiled, having access to the best international cuisine available.  Now that I live in South Florida, some of these dishes are a little harder to find so I often try to recreate them at home.  However, I never tried to make soup dumplings before because it’s a long process to make the gelatinized broth.  Traditionally, to get that rich, thick broth, several ingredients like pork bones, pigs feet and skin are simmered with aromatics.  The collagen melts into the stock, thickening it and eventually it solidifies when refrigerated. 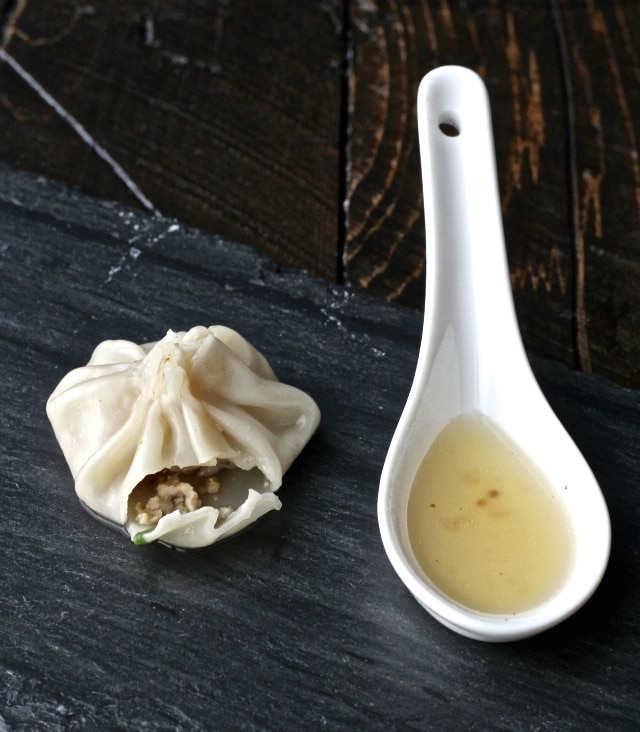 How to make soup dumplings

Fortunately, there’s a much faster and easier way to make the gelatinized broth at home.  Simply
whisk some gelatin into chicken stock or bone broth and refrigerate until firm.  Easy peasy!
Once it hardens, you’ll basically have a big tray of jello.  Slice it into long planks and then dice it up into cubes. Just look at those beautiful little cubes of chicken goodness waiting to get stuffed into dumplings! 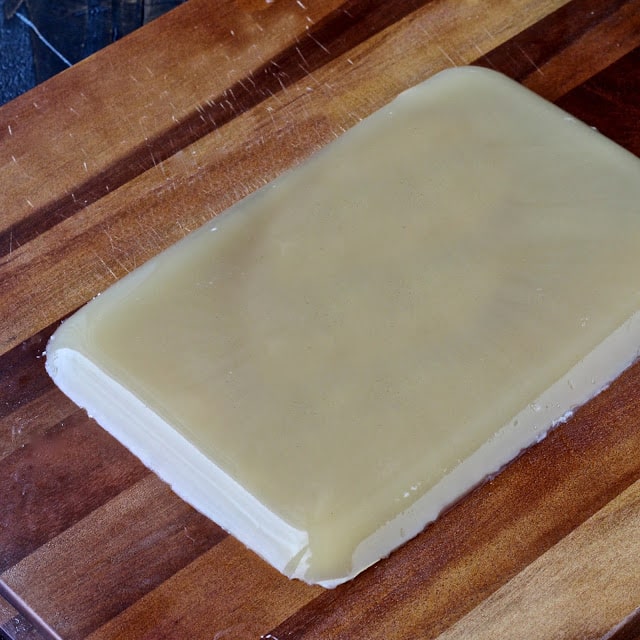 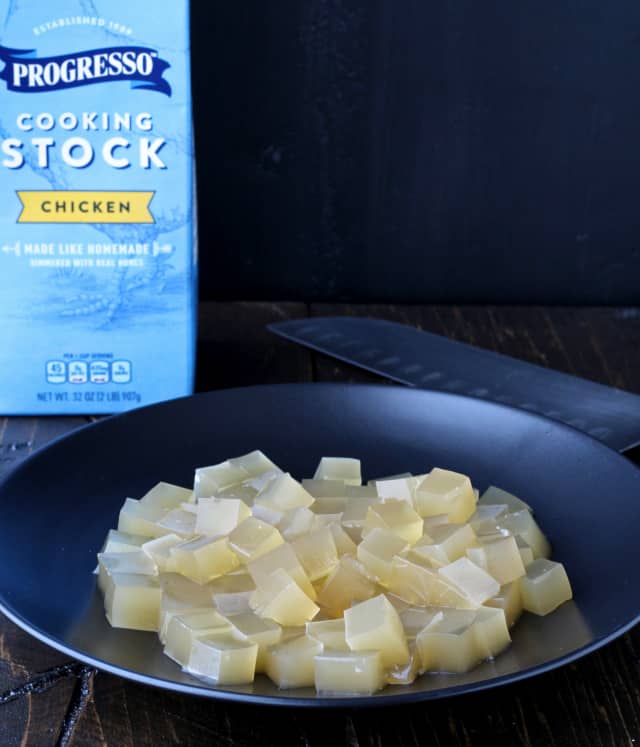 For the dumpling filling, I used a combination of chicken and shrimp, although pork is traditional.  I also took a little help from the store by using dumpling wrappers instead of making wrappers from scratch.  You can find dumpling wrappers at Asian grocery stores or specialty stores like Whole Foods.  If you can’t find them, you can use wonton wrappers, which are slightly thinner. 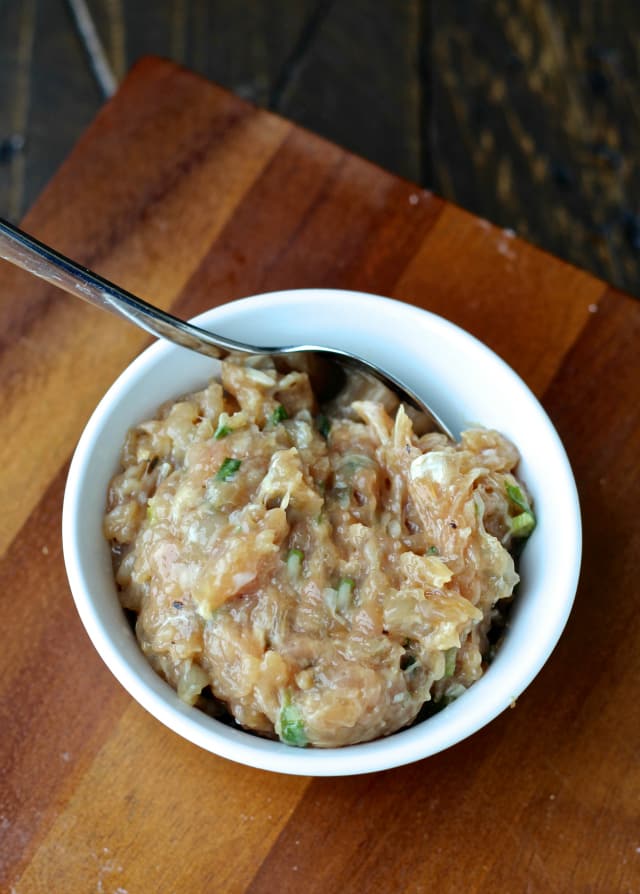 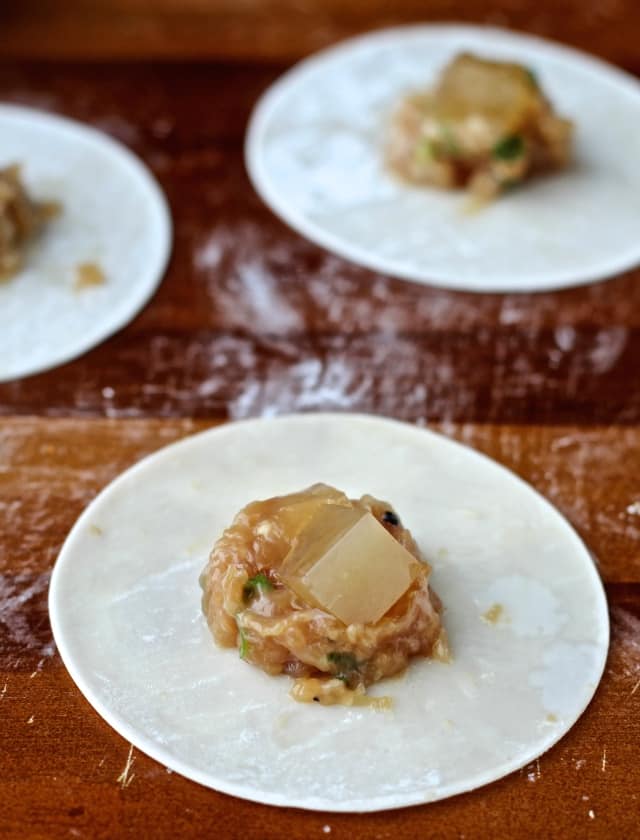 When you stuff the dumplings, you want to put about 1 teaspoon of the meat filling into the center of each dumpling wrapper and add a couple of the broth cubes.  Don’t overstuff them or they will be difficult to wrap- I learned the hard way! 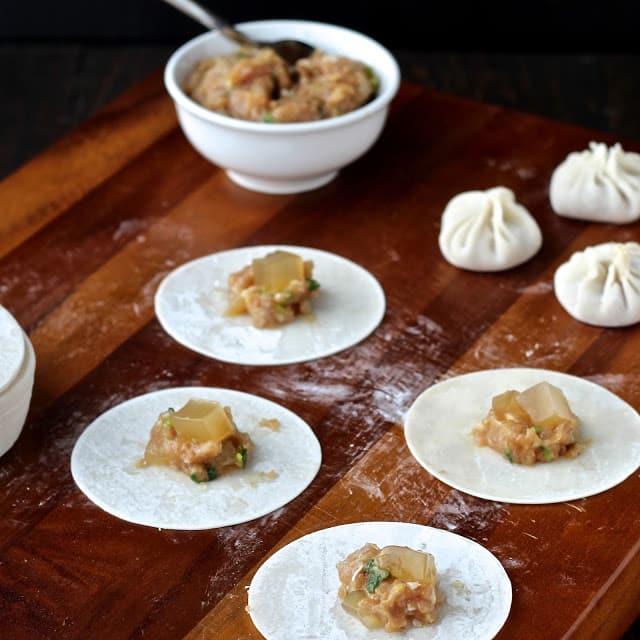 Then, lift up the edge of the dumpling wrapper and make little pleats, working your way around the whole circle until it is closed.  It took a few tries to get used to forming the dumplings but after two or three, I had it down pretty well! 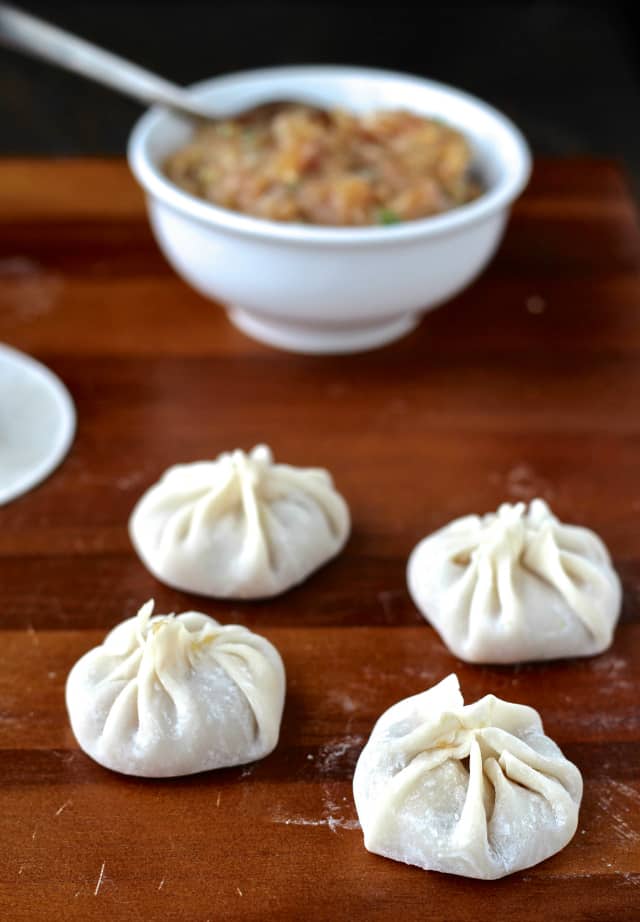 This recipe makes a lot of dumplings, so at this point you can freeze some and save them for a rainy day. Then when you’re ready to cook them, set up your steamer.  I don’t have a traditional bamboo steamer so I used my rice cooker, which has a steamer basket insert.  Add a couple of inches of water to the bottom of the pot and line the steamer basket with some cabbage leaves.  Spray them with cooking spray and arrange some dumplings in the basket so that they’re not touching each other.  Steam them for about 10-12 minutes or until the filling is cooked through. 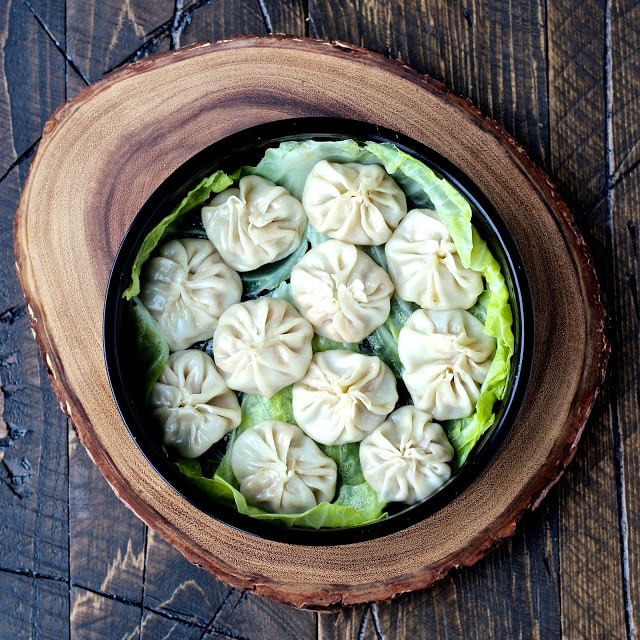 To serve with the dumplings, I made a quick sauce with soy sauce, Chinese black vinegar and ginger.  If you don’t have black vinegar, you can use a mixture of 1 part balsamic vinegar, 1 part rice wine vinegar and 3 parts water.
One last thing- don’t be shy or dainty when you eat these dumplings!  They’re best eaten in one big
bite.  As you bite into them, the soup will burst out and mix with all of the flavors in your mouth.  Serve them as an appetizer at your next party and watch them disappear! 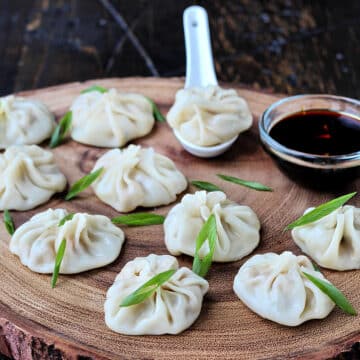 If you don't have Chinese black vinegar, you can use a mixture of 1 part balsamic vinegar, 1 part rice wine vinegar and 3 parts water.