Jump to Recipe  ↓ Print Recipe  ❒
Share8
Tweet
Pin96
Yum
104 Shares
Coconut and cashews come together for the perfect afternoon indulgence in these Coconut Cashew Bliss Balls. Quick, easy, nutritious, and there’s no cooking involved!  Plus they’re sweetened naturally with dates and have no added sugar. 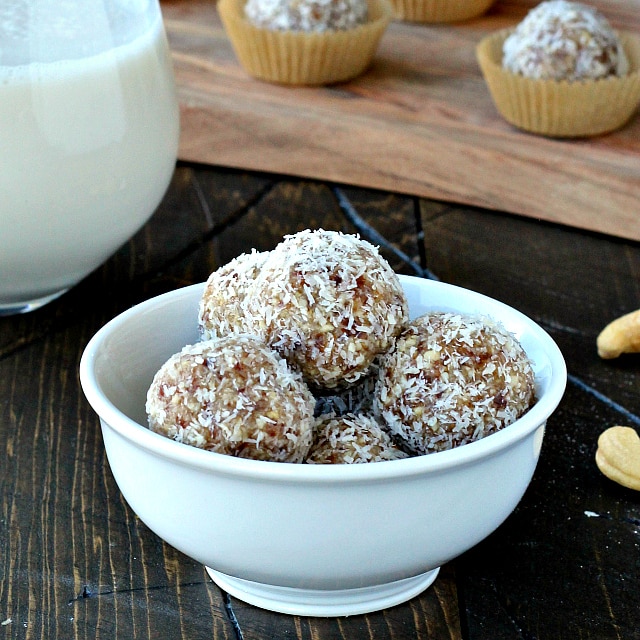 In case you haven’t noticed, bliss balls have been popping up all over the internet for quite some time now.  Otherwise known as protein balls, snack balls or any other number of names, they all have one thing in common which makes them very popular- there’s no cooking involved.  These tasty snacks are made with a mixture of nutrient dense ingredients, which usually includes nuts and dried fruit.  Other ingredients can be added such as different grains (like oats or millet), seeds (like flax or chia seeds), flavorings (like cocoa powder or vanilla extract) and other add-ins (like protein powder or chocolate chips).
All of the ingredients get pureed together in a food processor and then they’re rolled into bite sized balls.  They can be served as is or can be coated in ingredients like shredded coconut, sesame seeds, chopped nuts or cocoa powder.  Then they’re ready to be devoured.  Quick, easy and nutritious- no wonder they’re so popular! 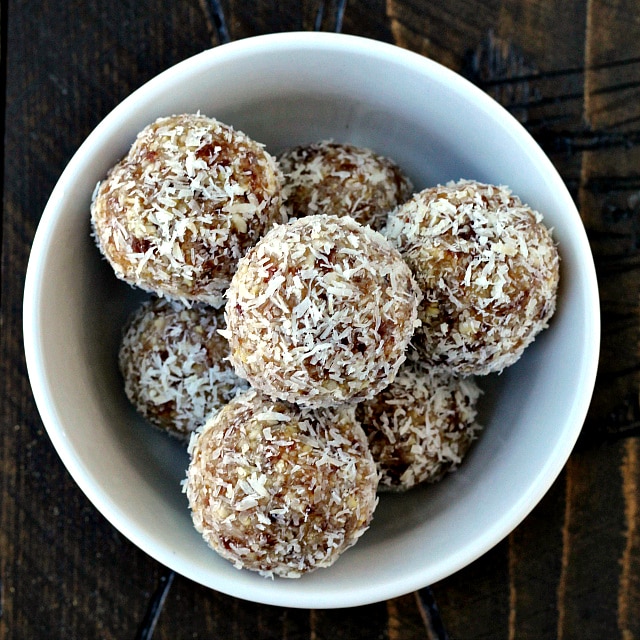 My Coconut Cashew Bliss Balls are made with only a few wholesome ingredients and come together in minutes.  They have no added sugar but instead are sweetened naturally with dates.  Plus, they’re dairy- and gluten-free. You can make a whole batch and store them in the fridge for about a week (but I doubt they’ll last that long!).
. 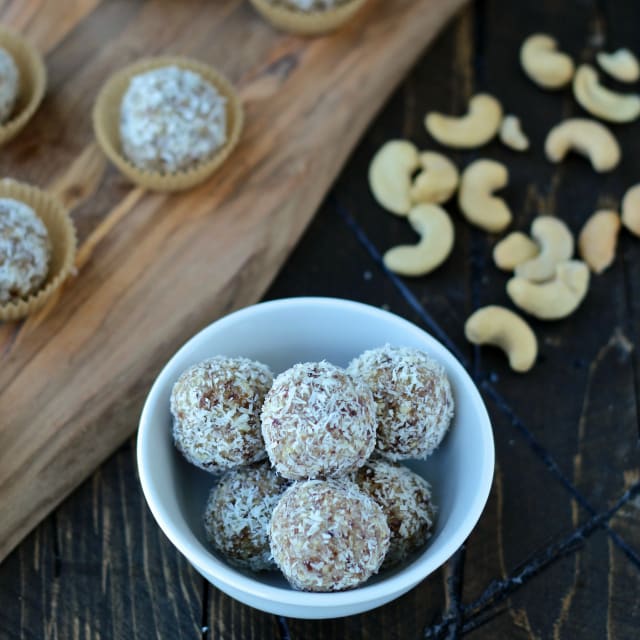 First, puree cashews, dates and shredded unsweetened coconut in a food processor until finely ground. Then stream in a little coconut oil and water until the mixture looks like wet sand. 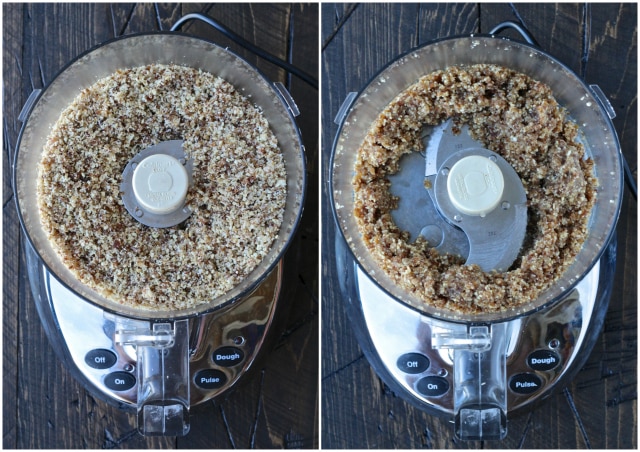 Then I let the mixture firm up a little in the fridge before forming them into bite-sized balls, about a heaping tablespoon each. 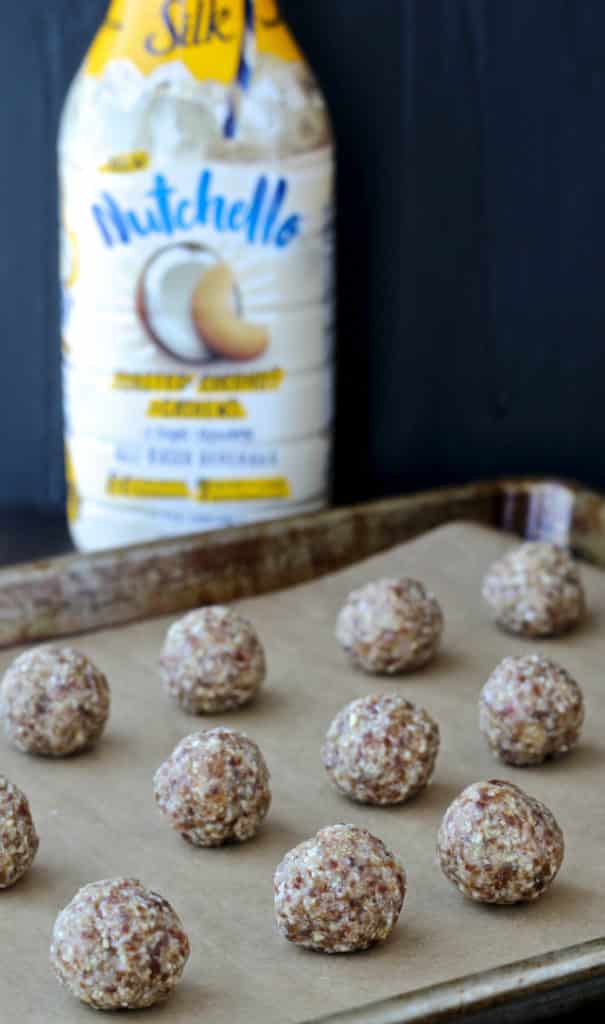 Click To Tweet
Finally, I roll them in shredded coconut and the balls are ready to be devoured! 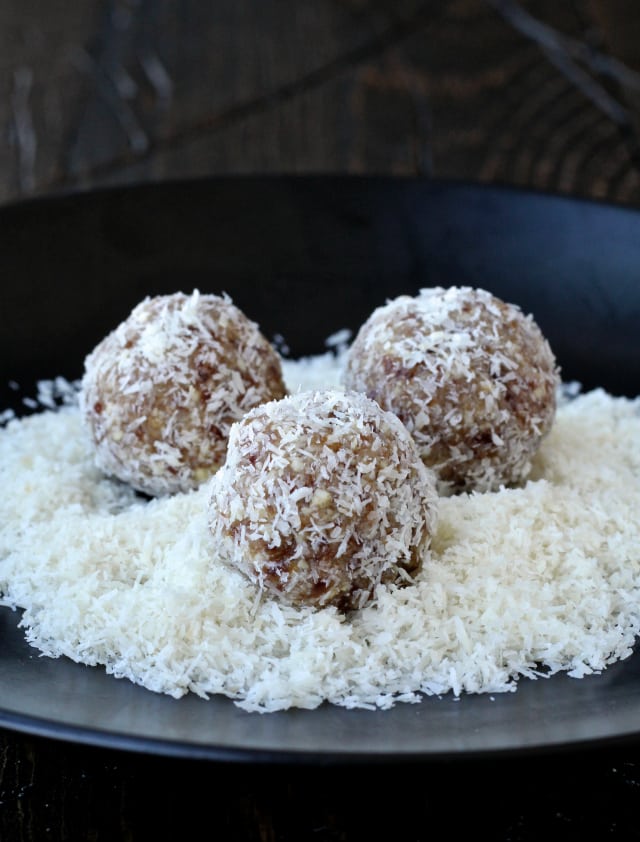 If you have mini cupcake holders, you can serve the balls in them for an adorable presentation. 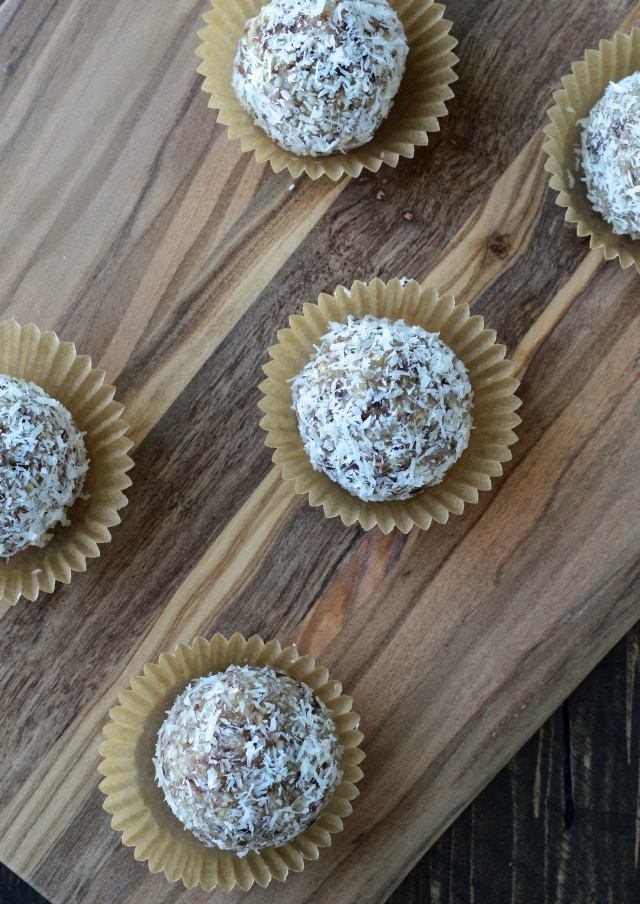 Do you get tired, cranky and hungry (or hangry, as I like to call it) in the late afternoon?  Around 3 pm is usually when I get hangry and starting looking around for something to snack on.  Don’t fall for the vending machine trap.  The next time you’re in this situation, dive into one of these nutrient-dense bliss balls instead.  It will satisfy a serious sweet craving and it will make you feel like you’re indulging even though you’re not! 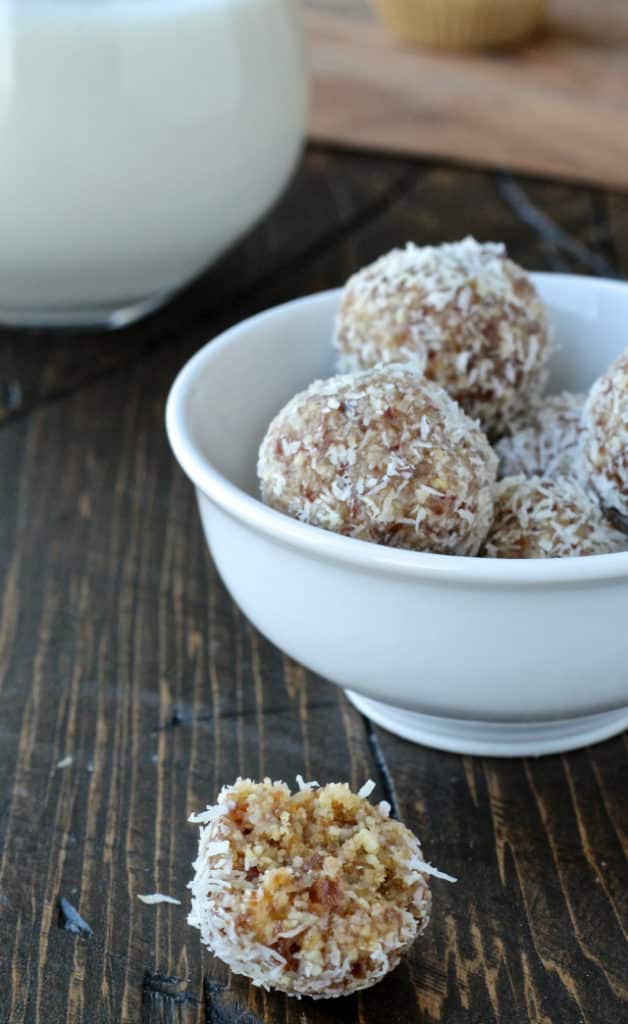 WATCH THIS VIDEO TO SEE HOW EASY THE RECIPE IS! 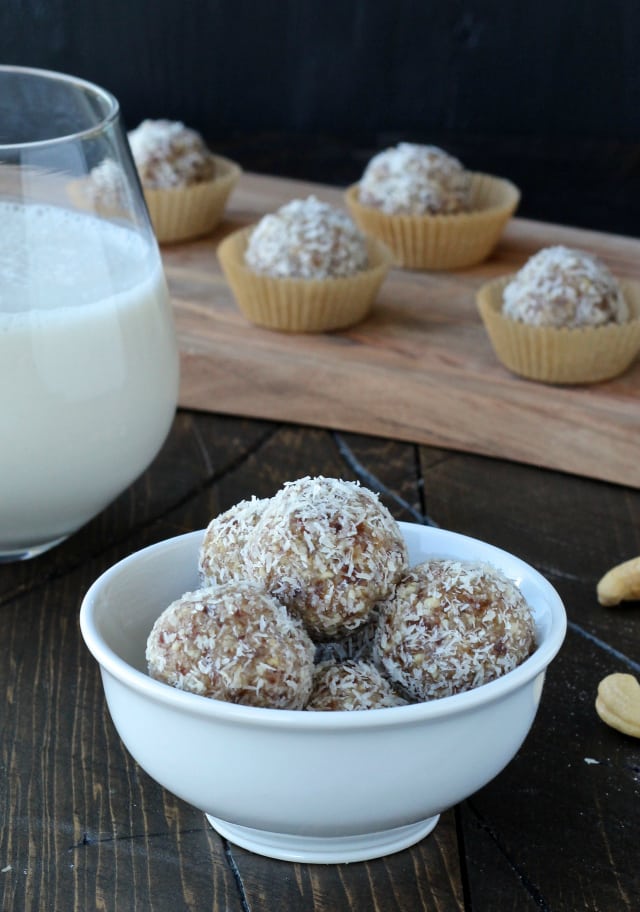 Nutrition Facts
Coconut Cashew Bliss Balls
Amount Per Serving
Calories 133 Calories from Fat 46
% Daily Value*
Fat 5.1g8%
Saturated Fat 2.8g18%
Sodium 21mg1%
Carbohydrates 21.6g7%
Fiber 1.8g8%
Protein 1.9g4%
* Percent Daily Values are based on a 2000 calorie diet.
Did You Make This Recipe?Tag @thefoodiephysician and hashtag #thefoodiephysician on Instagram. If you liked this recipe, please click on the stars and rate it!
CLICK BELOW TO PIN!

So have you tried making bliss balls yet?  What’s your favorite flavor combination?