Jump to Recipe  ↓ Print Recipe  ❒
Share101
Tweet
Pin35
Yum27
163 Shares
These soft, pillowy dumplings are made with ricotta cheese and spinach.  Serve these Spinach Gnudi on a bed of homemade tomato sauce for the perfect family-friendly meal. 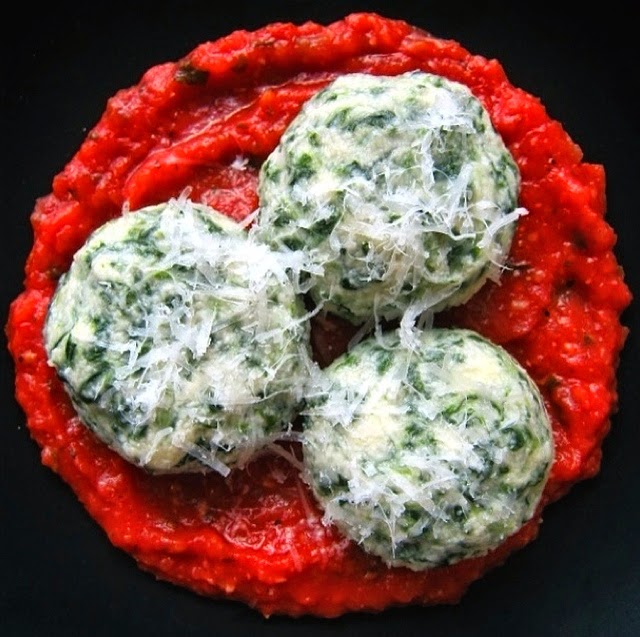 If you are looking for a fun vegetarian dish that the whole family will love, try my Spinach Gnudi. Although gnudi are a traditional Italian dish, they really started making waves in the foodie community when they appeared on the menu at the award-winning New York City restaurant The Spotted Pig.  My husband and I went there for our anniversary a few years ago and immediately understood what all the hype was about- these tasty morsels with a funny name were delicious! Now a popular item on many top restaurant menus, gnudi are fortunately easy enough to make at home, thus proving that the best dishes are often the simplest ones.

Gnudi literally means “nude” in Italian and that's exactly what they are- naked ravioli.  Picture the filling in ravioli minus the pasta- that's gnudi!  Unlike gnocchi which are primarily made with potatoes and flour, these soft and pillowy dumplings are made with ricotta cheese and egg held together with just a small amount of flour.  Spinach, nutmeg and freshly grated Pecorino or Parmigiano Reggiano cheese are also stirred into the mix for extra flavor.  The result is a fluffy ball of goodness with a soft, creamy interior.

How to make spinach gnudi

Mix the ricotta, spinach, egg yolks, cheese, nutmeg, salt and pepper together in a bowl. 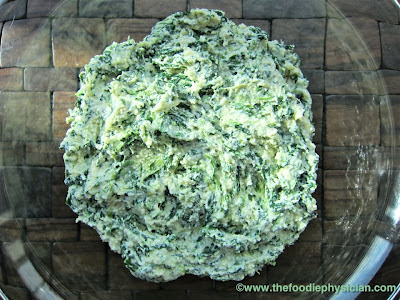 Put a pile of flour on a cutting board and drop large spoonfuls of the dough onto it. 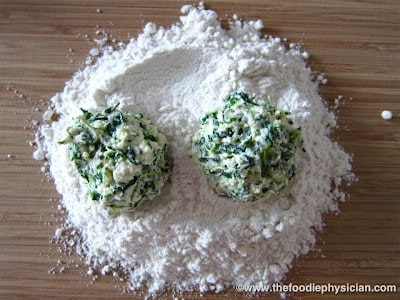 Roll the dough in the flour, forming balls.  Dust off any excess flour. 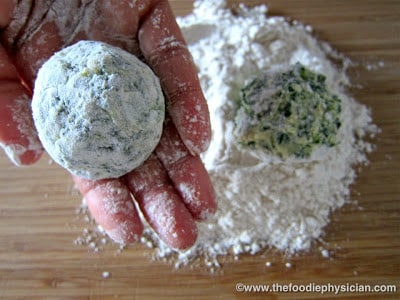 Repeat with the remaining dough.  Chill gnudi in the fridge. 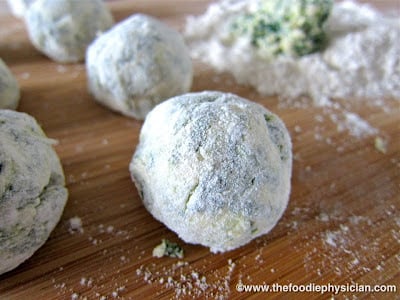 Cook gnudi in simmering water.  Serve on a bed of tomato sauce and garnish with grated cheese. 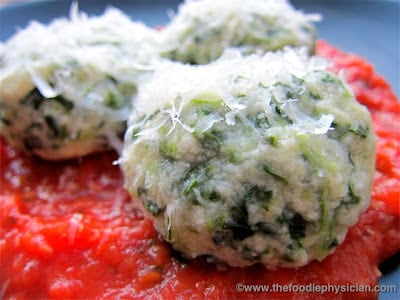 Although this dish is traditionally made with fresh, homemade ricotta cheese, I decided to break from tradition and use part-skim ricotta to cut down on some calories and fat.  Because you want the flavor of the gnudi to shine through, I would recommend serving them with either a simple browned butter sauce or tomato sauce.  I’ve included my Simple Tomato Sauce recipe that is so easy, you can make it while the gnudi are chilling in the fridge.  If you're pressed for time, simply heat up some of your favorite jarred sauce.  Your kids will also love this family-friendly dish so get your little helpers ready in the kitchen- they'll love playing with the sticky dough and rolling the dumplings around in the flour. Buon appetito! 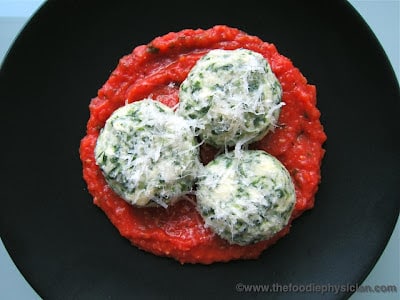 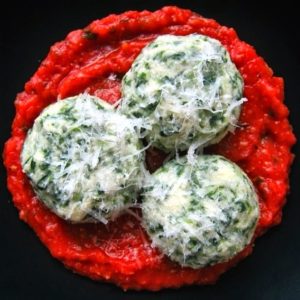 For nutritional calculations, I did not include the full 1 cup flour used for dredging the gnudi but rather used ¼ cup, which is the amount of flour that adhered to the gnudi (the rest is discarded).

Looking for some more tasty pasta dishes?  Try these recipes: 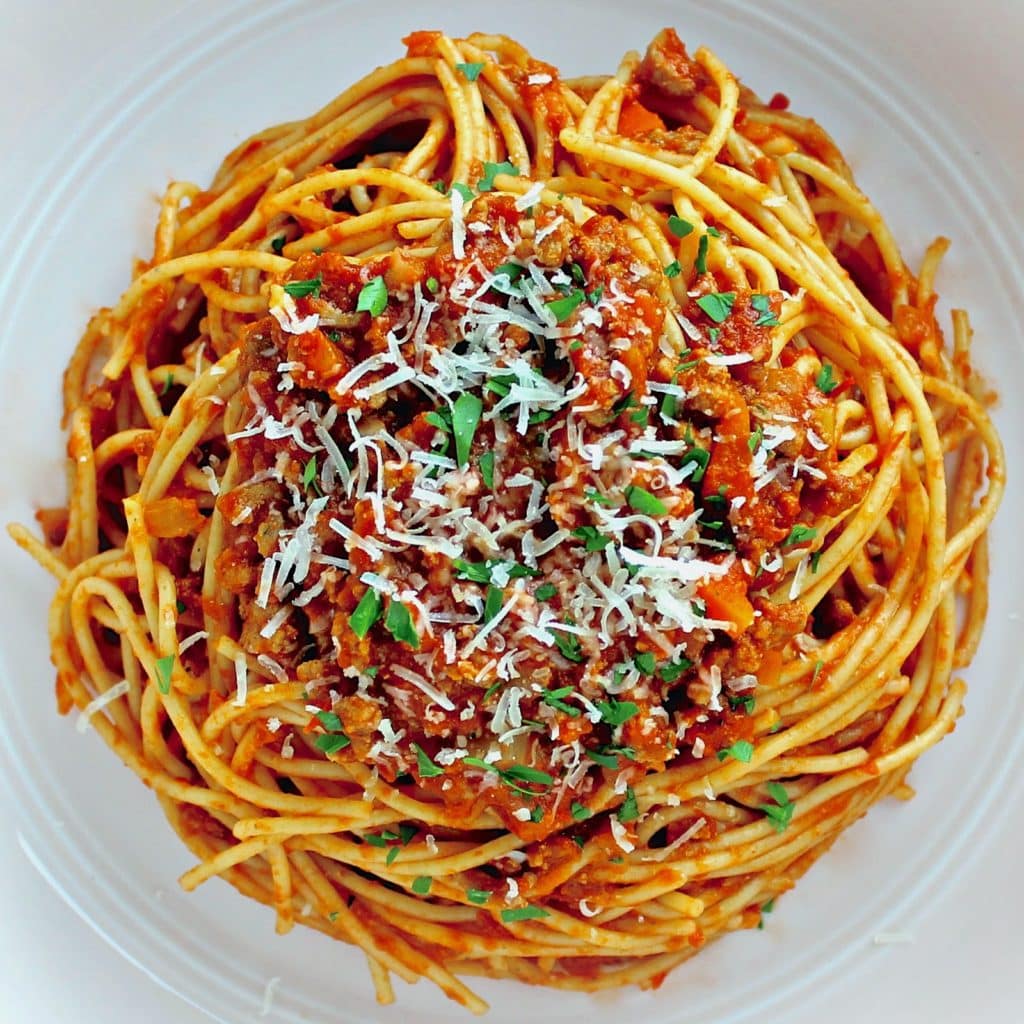 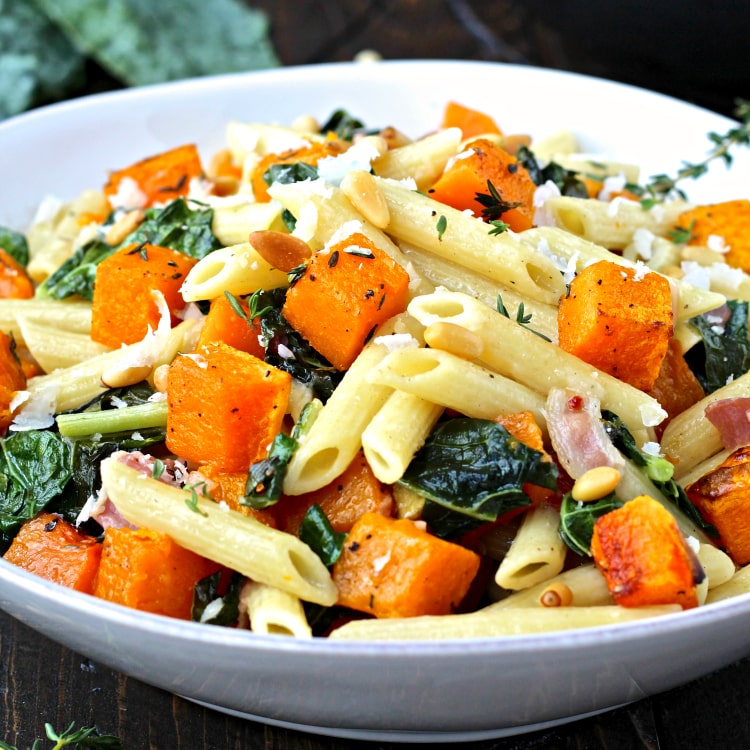