These delicious Baked Apple Cider Donuts are baked in the oven and dusted in cinnamon sugar- they’re the perfect fall treat! 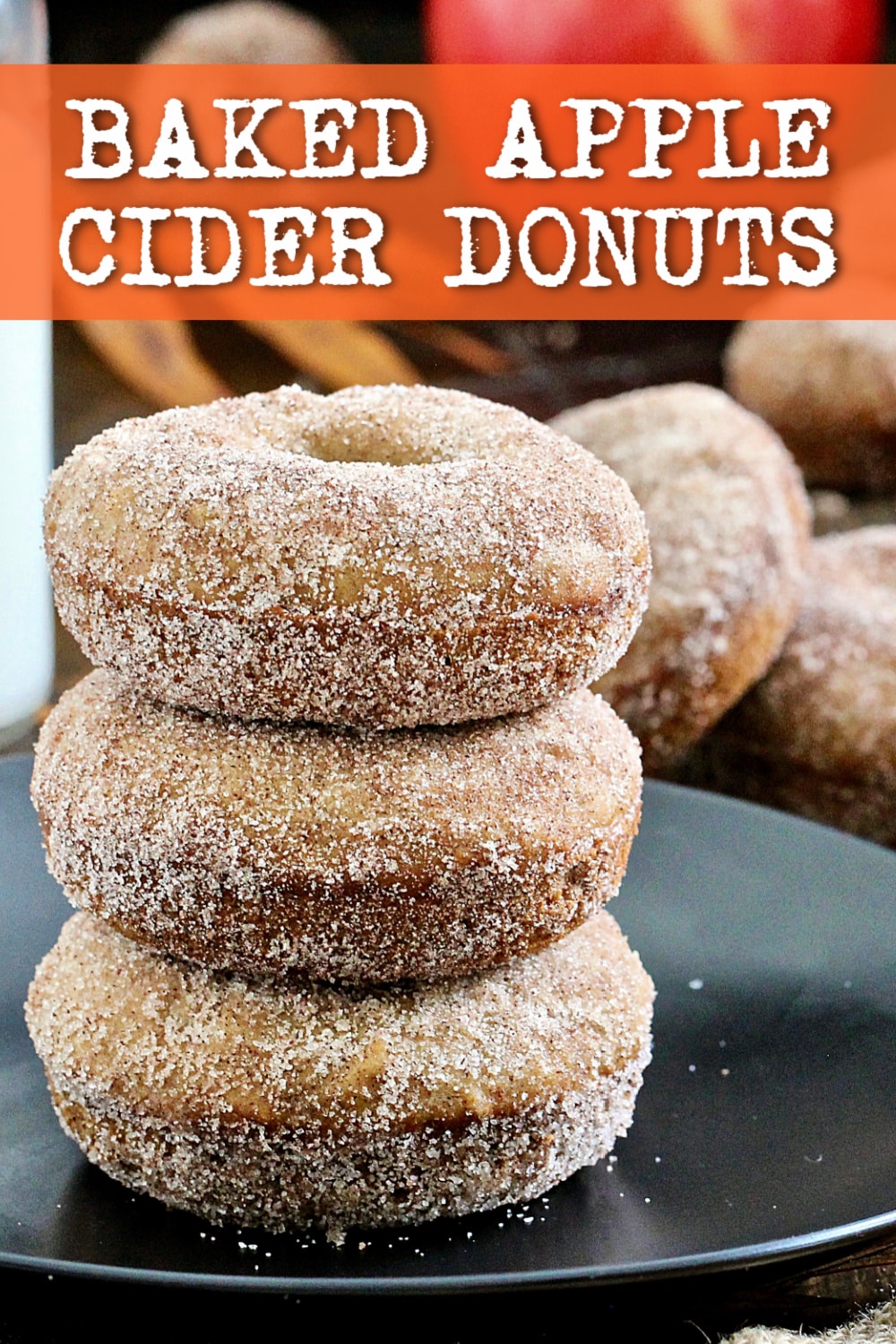 Few ingredients evoke feelings of fall as much as apples.  I grew up in New York and I have fond memories of going apple picking once summer ended and the weather cooled down.  Now that I live in South Florida, I don’t really get to experience the change of seasons anymore and there’s definitely no apple picking down here.  But when autumn rolls around, I still crave those typical fall foods and flavors.  We have a lot of local farms down here and I love taking my kids to pick fresh strawberries, tomatoes, peppers and even sunflowers.  There’s one farm in particular we love to visit because they sell the most delicious apple cider donuts.  You can smell their irresistible scent as soon as you walk in the front gate. They’re incredibly soft and warm and dusted in cinnamon sugar.  That donut stand always has the longest line but it’s definitely worth the wait! 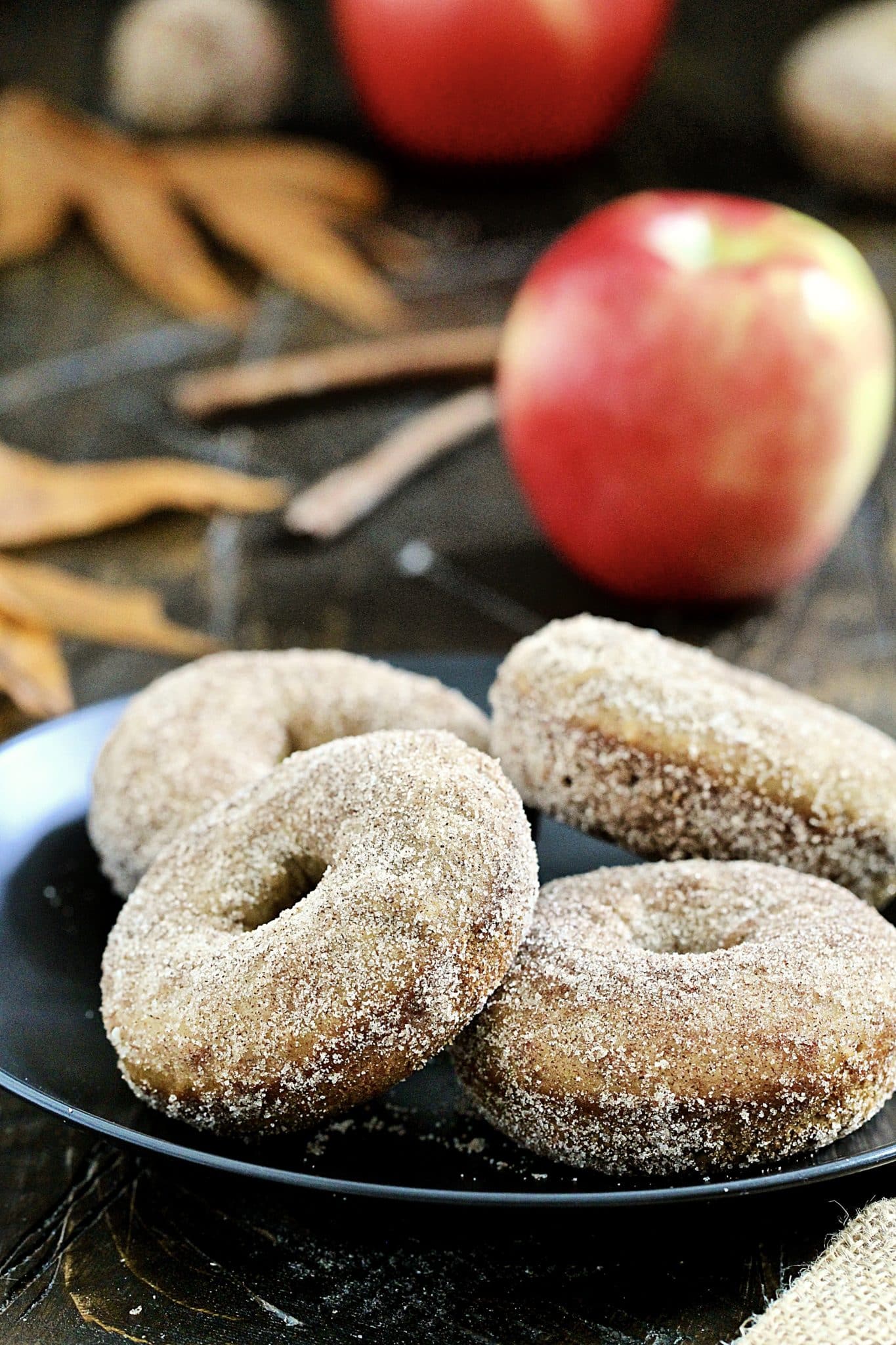 I decided to try my hand at making some apple cider donuts at home and the result was amazing! These donuts are fluffy and moist with a cake-like crumb and are full of apple and cinnamon spice flavor.  They’re also really easy to make.  In fact, the hardest part about making these donuts was being able to resist eating them all before we were done photographing them!

To make my donuts a bit healthier, I bake them in the oven instead of frying them.  I also incorporate some whole grains into the dish by using a mixture of white whole wheat flour along with all purpose flour.  But ultimately, these donuts are a treat, so go ahead and enjoy them! 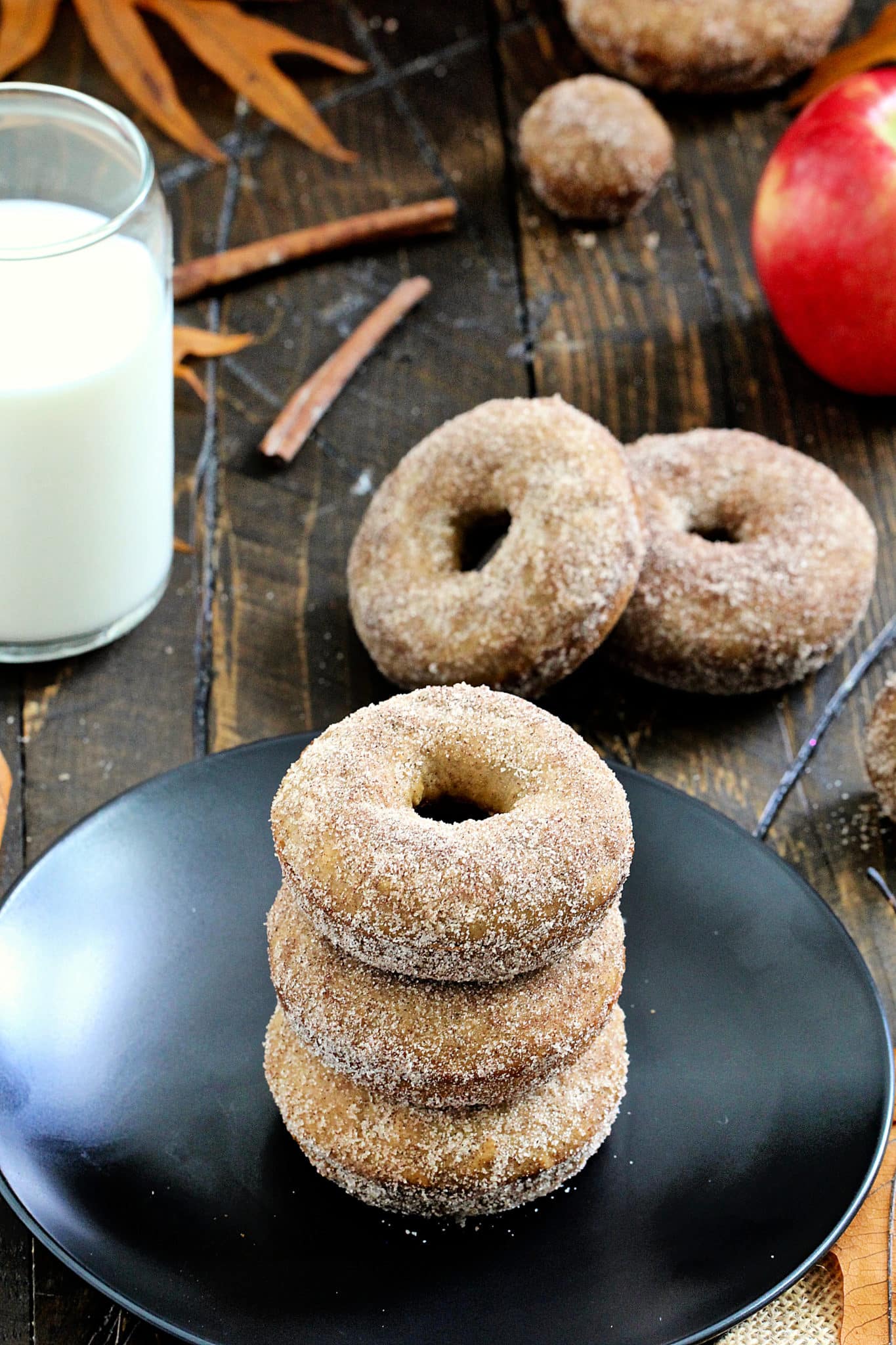 To make these donuts, you simply whisk the dry ingredients together in a bowl and whisk the wet ingredients in another bowl.  Then you combine the wet and dry ingredients together.  This is super easy because it’s all done by hand- no mixer needed.  Then you spoon or pipe the batter into donut trays and pop them in the oven.  After 10-12 minutes, your kitchen will smell divine and you’ll have a dozen delicious donuts ready to be devoured.  You can enjoy them straight from the oven but for the perfect finishing touch, I brush them with a little melted butter and roll them in cinnamon sugar, which gives them a delightful crunch. 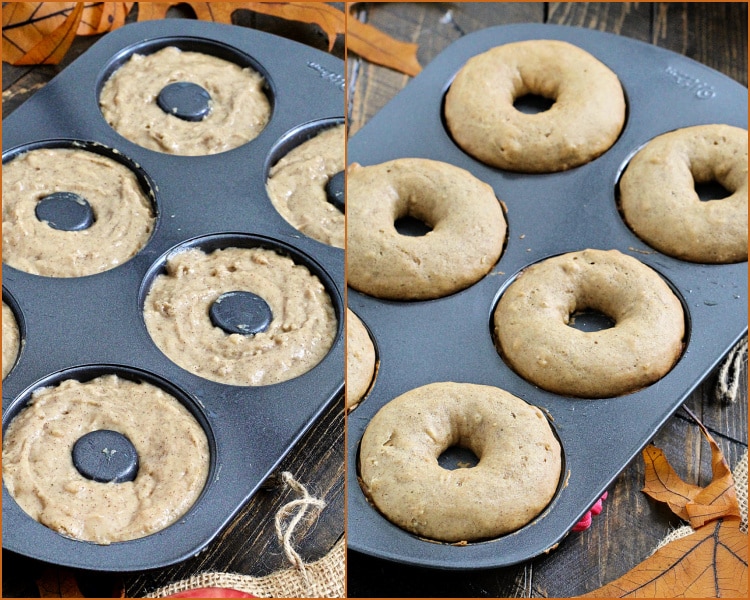 How to Make the Apple Cider Reduction:

Be sure you’re using apple cider and not apple cider vinegar, which is a completely different product.

What If I Don’t Have Buttermilk?

If you don’t have buttermilk, you can make your own buttermilk!  Simply stir 1 ½ teaspoons of lemon juice into ½ cup of milk (any type).  Let the mixture sit for 5-10 minutes until it thickens slightly and small curds form. Then use it as directed in the recipe.

How Do I Store Baked Apple Cider Donuts?

These donuts are best when served immediately.  However, they can be stored in an airtight container at room temperature for up to 2 days or in the refrigerator for up to 5 days.  They can also be frozen for up to 3 months. Be sure the donuts are completely cool before storing them in containers.  This will help prevent them from getting soggy.

What to Enjoy with Baked Apple Cider Donuts

My Pumpkin Cream Cold Brew features smooth, cold brew coffee topped with a creamy, cloud-like pumpkin foam and a hint of warm spices. It's the perfect fall drink and it's dairy-free!
Get This Recipe! 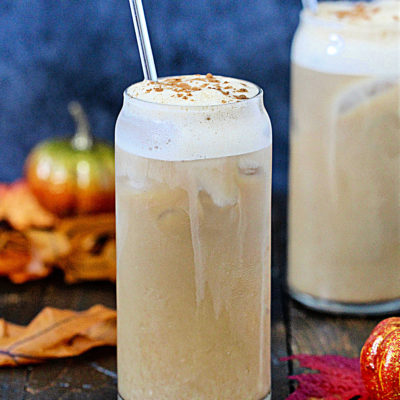 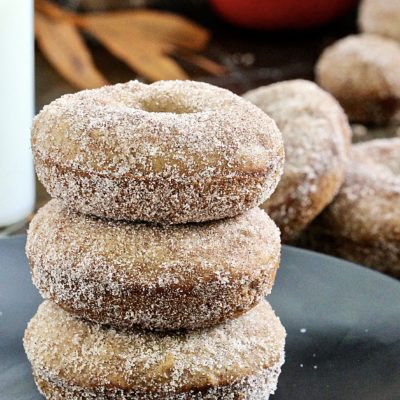