Packed with the rich flavors of fall, my Pumpkin Spice Dutch Baby is the perfect weekend breakfast dish to wake up to.

By now, most of us who are hosting Thanksgiving probably have the menu for the big day all set. But what about the next morning? My Pumpkin Spice Dutch Baby is the perfect post-Thanksgiving breakfast dish to wake up to. 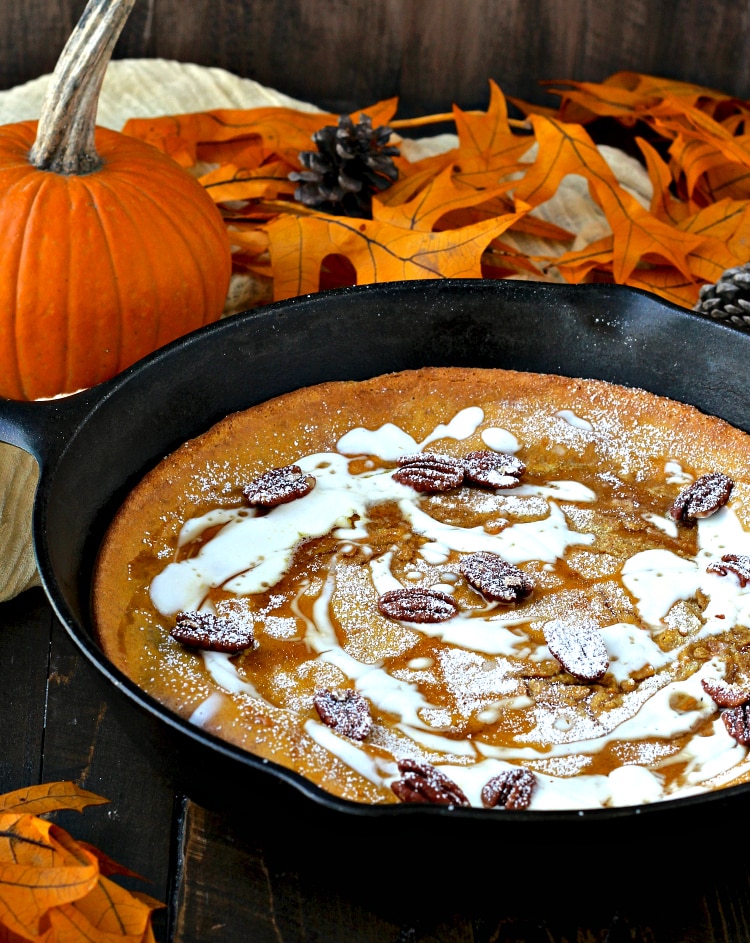 What is a Dutch Baby?

If you’ve never had a Dutch baby, it’s more than just a cute name- it’s an awesome dish! A Dutch baby, also called a German pancake, is a baked pancake that’s sort of like a hybrid of a popover and a pancake. It’s typically baked in the oven in a cast iron skillet– so much easier than flipping pancakes on a griddle! You simply blend all of your ingredients together in a blender, pour the batter into a hot skillet, and pop it in the oven. A short while later, you’ll have a lovely baked dish that’s puffed up with crispy edges and a light, eggy interior.

Packed with the rich flavors of fall, this Pumpkin Spice Dutch Baby is the perfect brunch dish! via @foodiephysicianClick To Tweet 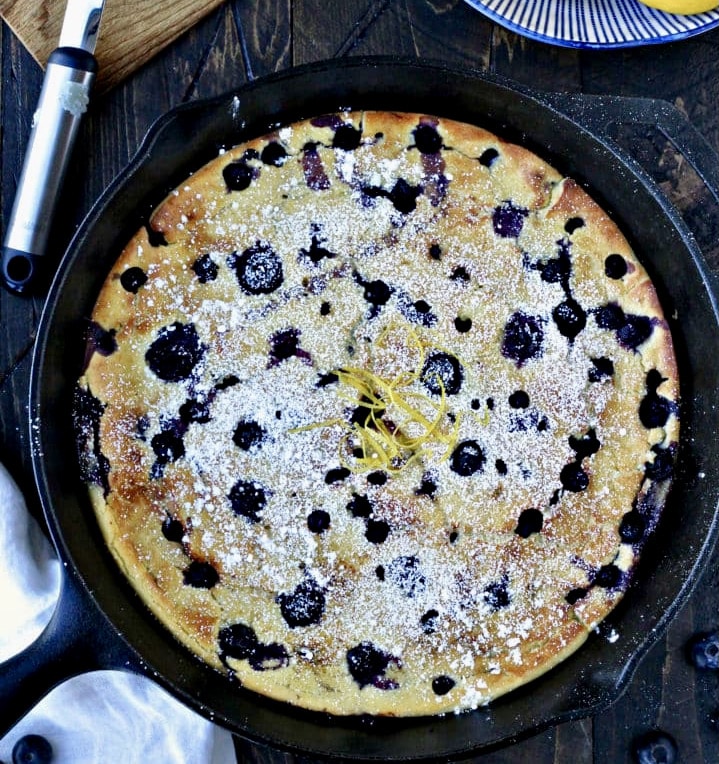 But at this time of the year, I had to go with a pumpkin theme. Plus I knew I’d have plenty of extra pumpkin puree in my pantry this week! To infuse the pancake with flavor, I added pumpkin pie spice to the batter. If you don’t have it, you can use a combination of cinnamon, ginger, nutmeg, allspice and cloves. Or you could just keep it simple with some cinnamon. You really can’t go wrong! 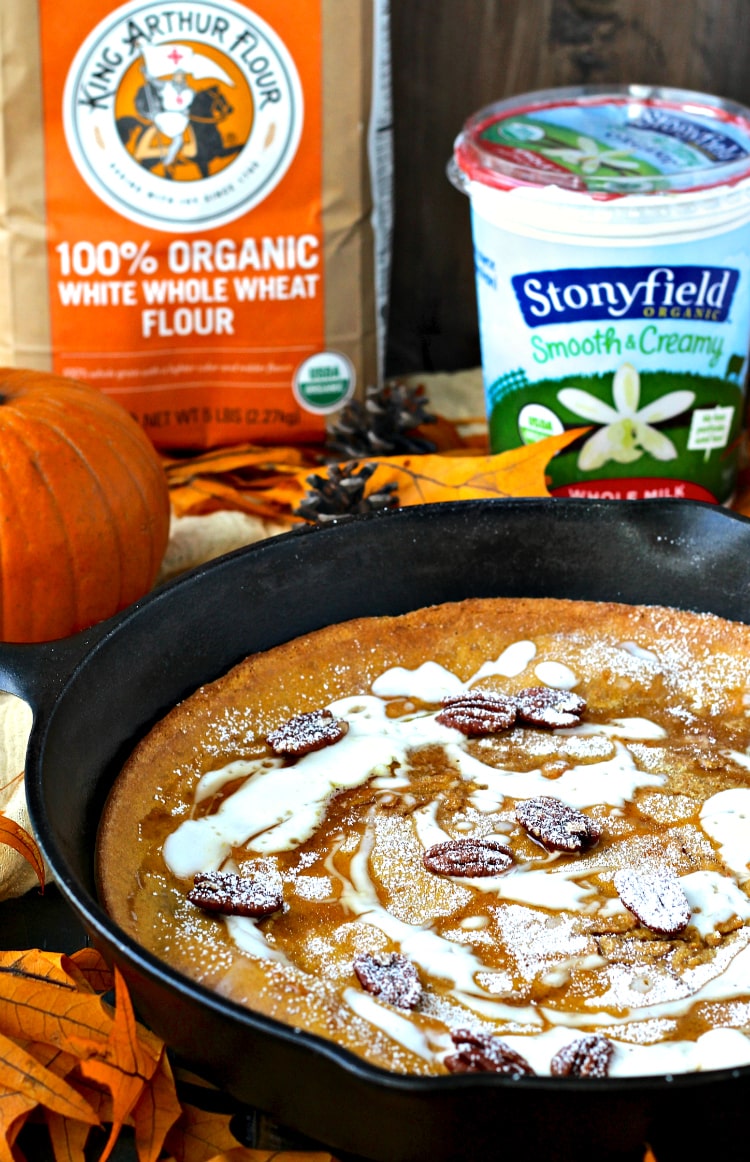 What makes a Dutch Baby rise?

The answer is- heat!  There are no chemical leavening agents (like baking powder) in a Dutch baby.  Rather, the batter rises from the blast of heat it gets in the oven.  The gluten in the flour and protein in the eggs create a structure that traps steam in the Dutch baby, making it rise.

As the Dutch baby cooks, it puffs up nicely in the oven. Once you remove it from the oven, it will start to fall and then you can garnish it with the toppings of your choice. I decided to go with maple syrup and Greek yogurt. For a nice crunch, I also sprinkled on some pecans. After a light dusting of powdered sugar, the dish was complete!

With the warm scent of cinnamon and other aromatic spices emanating from the oven, who wouldn’t want to wake up to this? 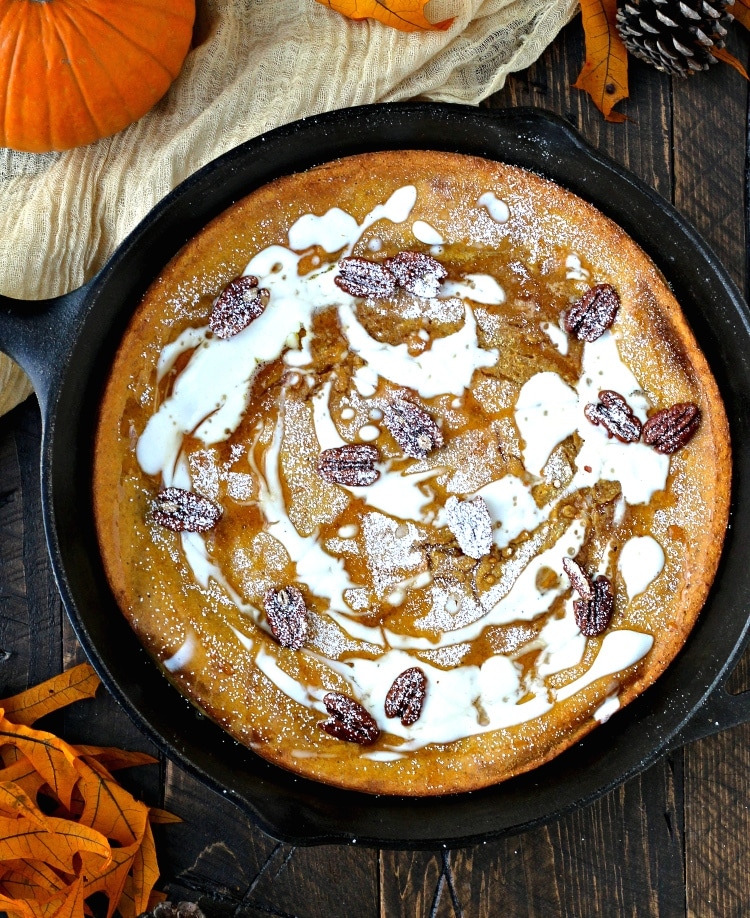 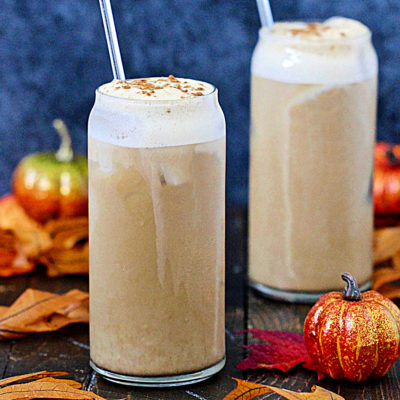 It's important to use room temperature eggs and warm milk in this dish so that the Dutch baby rises well in the oven.  Using cold ingredients will prevent it from rising a lot.

Looking for some more pumpkin recipes?  You may like these: 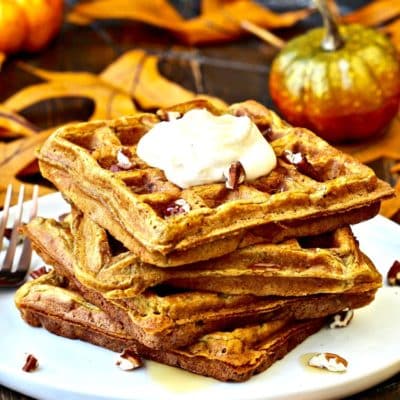