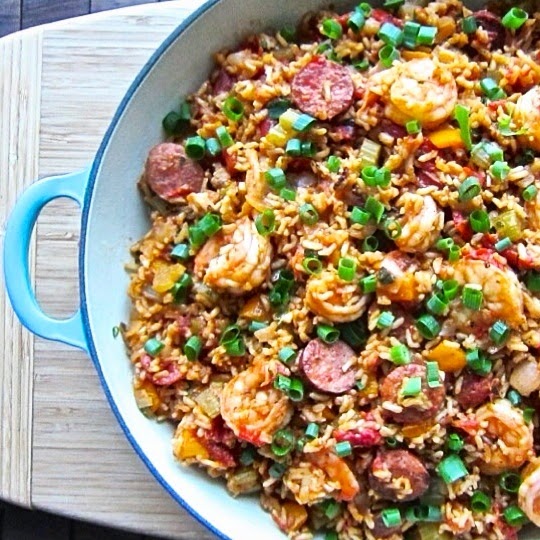 My friend Ann from the wonderful blog Sumptuous Spoonfuls recently hosted a Mardi Gras party on Facebook and she invited her foodie friends to share New Orleans inspired dishes on her page.  I brought over a photo of some traditional Jambalaya that I had made a while back but had never blogged about.  Finding this picture in my culinary archives gave me two thoughts. First, I really love jambalaya! And second, it’s a perfect dish to perform a Recipe Resuscitation on.

Jambalaya is a classic New Orleans dish made with rice, vegetables and meat- usually a combination of  sausage with chicken or shrimp.  There are different varieties of jambalaya but the base of the dish that all versions share is the “holy trinity,” a mixture of onion, green bell pepper, and celery that are the foundation of many Cajun/Creole dishes.  Jambalaya is a perfect one-pot meal- once you get all of the ingredients in the pot, it can just simmer away on the stove while you take care of other things.  It’s a dish that the whole family will love.  Here are the reasons why my jambalaya is not only healthier than the traditional dish but also packed with flavor: 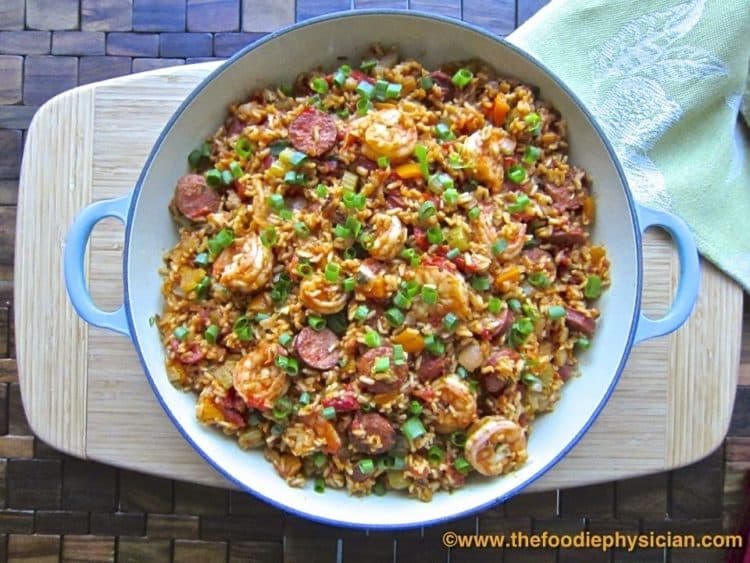 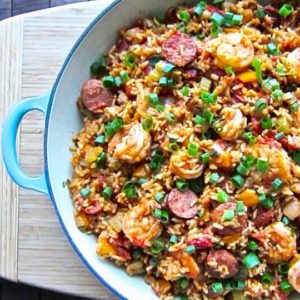 Nutrition Facts
Shrimp and Sausage Jambalaya
Amount Per Serving
Calories 480 Calories from Fat 95
% Daily Value*
Fat 10.5g16%
Saturated Fat 2.5g16%
Carbohydrates 66g22%
Fiber 6.5g27%
Protein 30.8g62%
* Percent Daily Values are based on a 2000 calorie diet.
Did You Make This Recipe?Tag @thefoodiephysician and hashtag #thefoodiephysician on Instagram. If you liked this recipe, please click on the stars and rate it! 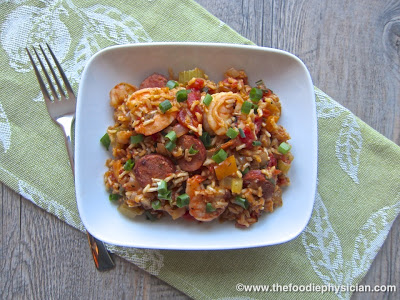