Share88
Tweet
Pin11
Yum
99 Shares
Greek yogurt is everywhere these days!  Find out why it is so popular and if it really is healthier than its traditional counterpart. 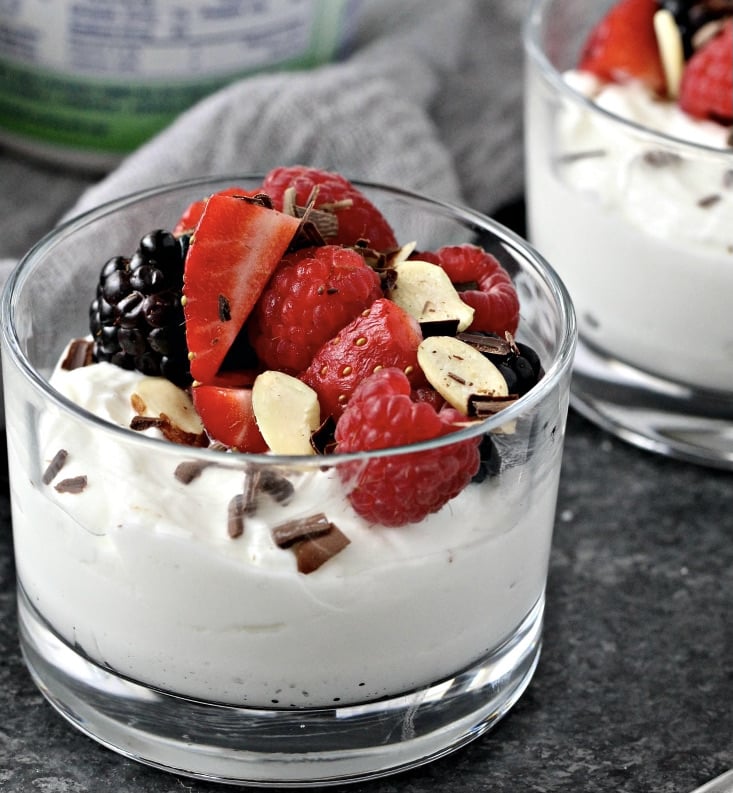 You may have noticed that Greek yogurt is everywhere these days.  I even wrote a book about it! (CLICK HERE to see it) Although it’s long been a favorite ingredient for chefs and foodies, it’s only recently become mainstream.  Greek yogurt, which is a staple in other parts of the world such as Europe and the Middle East, is richer and creamier than traditional yogurt.  Now it’s popularity has spread to the US and sales of Greek yogurt have skyrocketed in this country.  Multiple brands are popping up in grocery stores and many major yogurt manufacturers are introducing lines of Greek yogurt to get in on the competition.  You may have even seen other new products using Greek yogurt, including frozen yogurt and granola bars.

Why is Greek yogurt so popular?  Is it really healthier than regular yogurt?

Both types of yogurt are made with milk that has had live bacterial cultures added to it, causing it to ferment.  The fermentation process thickens the yogurt and gives it a tangy flavor.  The yogurt is then strained to remove the liquid whey.  The difference between the two types of yogurt is that Greek yogurt is strained much more extensively to remove most of its whey.  Because it is strained so much, it takes a lot more milk (up to 4 times as much) to make the same amount of Greek yogurt than regular yogurt.  The result is a thicker, creamier texture similar to sour cream.

Here’s how Greek yogurt stacks up compared to regular yogurt:

So what’s the final verdict?

With more protein combined with less sugar and sodium, Greek yogurt does have a nutritional edge over regular yogurt. But with this said, keep in mind that both types of yogurt are good for you and provide probiotics that are beneficial for digestive health- just make sure the label states that it contains live, active bacterial cultures. 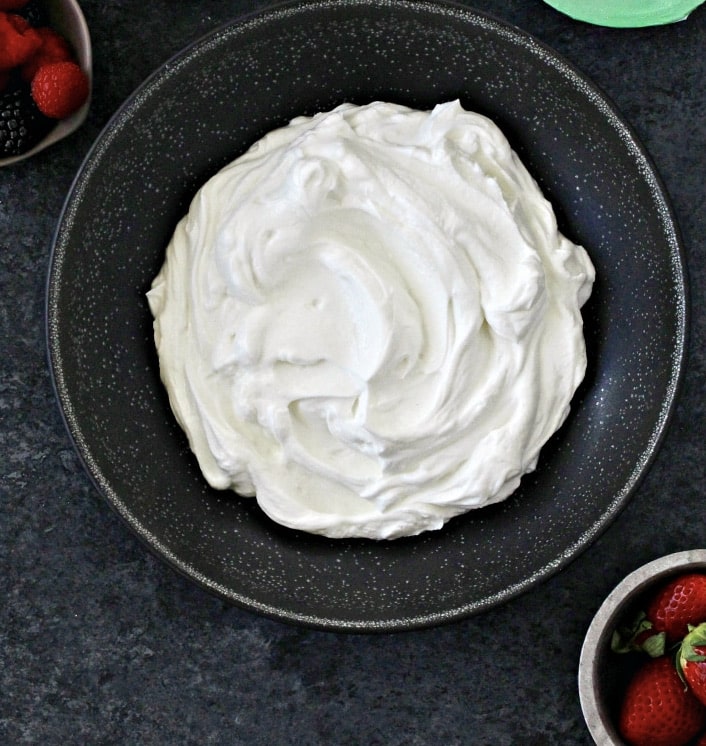 How can you incorporate greek yogurt into your diet?

If you like the natural tangy flavor, you can eat it plain or if you prefer a little sweetness, try adding a bit of fresh fruit or honey.  It makes a great breakfast layered simply with fresh berries and granola.  Although some people might find Greek yogurt a little too tangy, keep in mind that every brand is different in taste and texture.  The specific types of bacterial cultures that are used are what determine the flavor and texture of the yogurt.
Greek yogurt is very versatile and can be used in so many different applications, both savory and sweet.  It makes a great, healthy substitute for calorie- and fat-laden condiments like mayonnaise and sour cream.  Try using it as a topping on tacos or nachos instead of sour cream.  Or stir in some fresh herbs and use it as a dip for vegetables.  Try substituting half of the mayonnaise with Greek yogurt in dishes like chicken salad, potato salad or Ranch dressing.  It also makes a great base for marinades because it adds flavor and it tenderizes the meat. Blend it together with fresh fruit and some flaxseed to make an energizing smoothie.  It can even be used to add moisture to baked goods such as muffins or cookies.

To get started, try some of my recipes that use Greek yogurt: 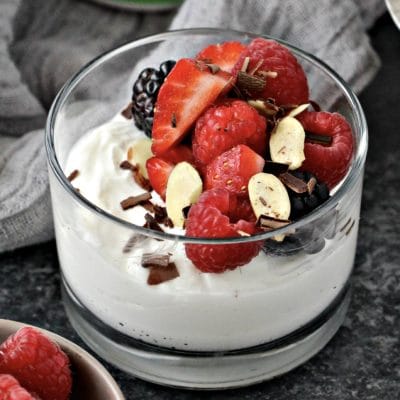 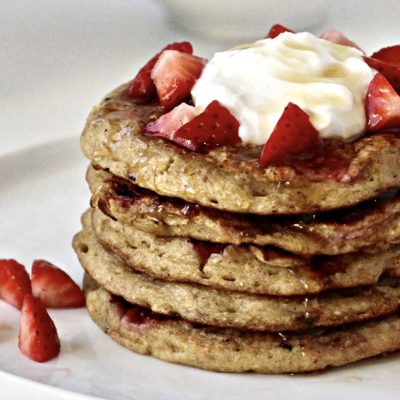 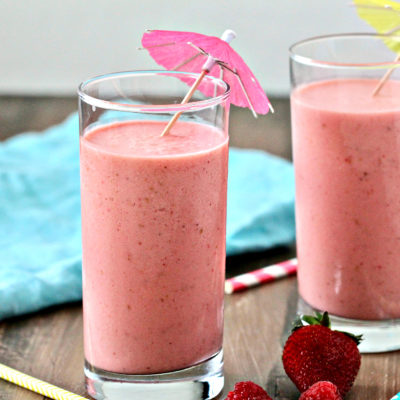 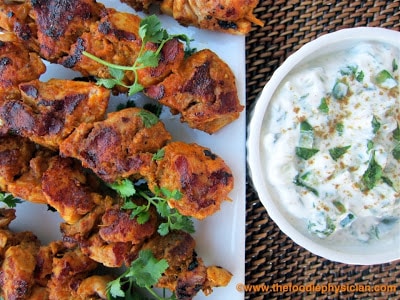 Share88
Tweet
Pin11
Yum
99 Shares
« Dining with the Doc: White Gazpacho
The Doctor is in the Kitchen Q & A: Roasted Garlic »